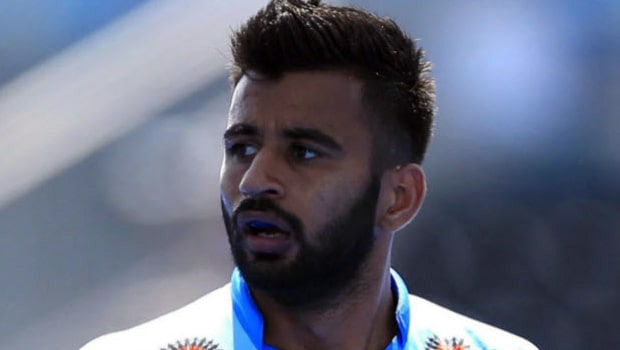 The Men’s Hockey World Cup is scheduled to be held next year in Bhubaneswar and Rourkela and with less than 200 days left, the buzz around the tournament can already be felt in India. Hockey fans from all around the world will gather at the Hockey loving state of Odisha. The state will witness 16 top teams from all around the globe to fight for the top prize in hockey.

This is going to be the second time Odisha will be hosting the quadrennial tournament under the leadership of honourable chief minister Naveen Patnaik. They will become the only state to host back to back Hockey World Cups.

While the Kalinga stadium has world class facilities and has been lauded by several foreign players and coaches, the tournament will also be hosted in the steel city of Rourkela which has the largest hockey stadium in the country. The state loves their hockey and it will be fantastic to see the biggest festival in the sport to be celebrated among hockey loving people.

The Indian team are very excited to play in yet another World Cup in front of their home fans. Indian skipper Manpreet Singh who is currently preparing the team for the Commonwealth Games is overwhelmed with excitement as he said, “Words can’t express the team’s excitement of playing yet another World Cup in Odisha. This time, with Rourkela also hosting matches, we are all eager to experience the region’s hockey craze. Our compatriots in the team who are from Odisha have spoken endlessly about the love people have for hockey in this region which makes us all the more eager to play there.”

The hope and excitement around Indian hockey grew once again when they won the bronze medal at the Tokyo Olympics breaking an age-old jinx. Even after the Olympics they have shown grit and determination in the FIH Pro League and now with the Commonwealth Games coming up, the Indian team will be looking to get better with every tournament ahead of the big clash at the global stage.

Manpreet Singh then continued to share his gratitude towards Odisha chief minister Naveen Patnaik who has been an avid follower of hockey. The Indian skipper thanks him for his relentless support and creation of world class facilities in Odisha. “We are ever so grateful to Hon’ble Chief Minister Shri Naveen Patnaik who with his continued support for the sport has helped us achieve great laurels for the country. Under his leadership, we have been provided with world’s best hockey infrastructure to compete and with infrastructure work nearing completion in Rourkela, we are all waiting to play in the new facility. By hosting the event in India again, we are provided with yet another opportunity to fight for the prestigious World Cup Title and the team is heading in the right direction, “ Manpreet Singh concluded.