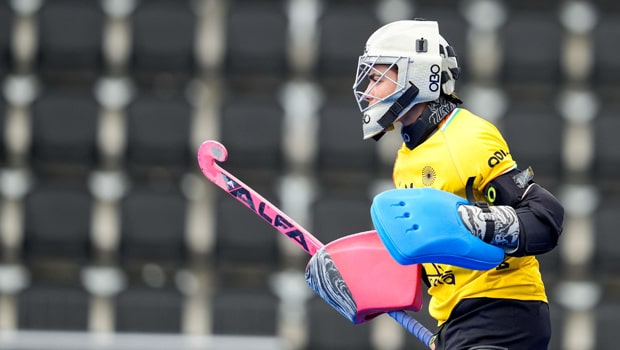 It was a very long and tough sojourn for the Indian Women’s Hockey team as they were in Europe for the last couple of months. The Indian Eves had a World Cup to forget as they failed to leave any positive impression in Spain and Netherlands. However, coming to Birmingham for the Commonwealth Games, Savita Punia and her girls were ready to right the wrong and redeem themselves with some good performances under their belt.

That’s exactly what Janneke Schopman’s girls did as they cruised their way through the group stage and forced a penalty shootout against Australia, which on some other day would have ended in India’s favour. However they followed it up with a professional performance against New Zealand and bagged a historic bronze medal.

Captain Punia shared how the long European journey was a massive learning curve for the team and she is happy that despite the underwhelming start they managed to finish it on a high with the bronze medal around their neck, returning from the Birmingham Games.  “It was a pretty long tour, there were ups and downs but it taught us a lot of things. We started the tour on a strong note by finishing third in our debut FIH Hockey Pro League 2021/22 campaign and then went through a rough patch during the World Cup. Finishing ninth was disappointing, but it was equally important to move ahead and take positive learnings from the campaign to focus on the Birmingham 2022 Commonwealth Games,” Savita Punia reflected on the 2-month long European stay.

The Indian Women’s Hockey team made everyone proud at the Tokyo Olympics when they finished fourth and missed out on a medal by just a whisker. Therefore the expectations from them were very high and especially after an underwhelming World Cup they could not just simply return to India empty handed. So the fact that they turned up again and fought their way through and finished with a bronze medal is very praiseworthy.

The Indian eves fought tooth and nail against Australia and on another day, easily they could have won the semifinals. But speaking on the bronze medal win at the Commonwealth Games, Punia shared, “We are happy and proud of what we’ve achieved, and most importantly how we’ve achieved it. The defeat against Australia in the Semi-Final was hard to accept, we lost our morale. But it was our Coach Janneke Schopman who motivated us and made us realize that we still have an opportunity to return home with a medal. So, all credit for the medal goes to her. I am proud of how we as a team showed great character and never gave up till the last minute.”

The Indian eves will surely take a few days rest as they are back home after so many days. But Punia is very focused towards the upcoming Asian Games as a gold in the continental games will hand India a direct qualification at the Paris Olympics in 2024. “We will spend some time at home with our families and come back to the camp with fresh minds. Our goal remains the same, which is to win the Gold medal at the Asian Games for the direct qualification for the Paris Olympics 2024,” the Indian skipper concluded.