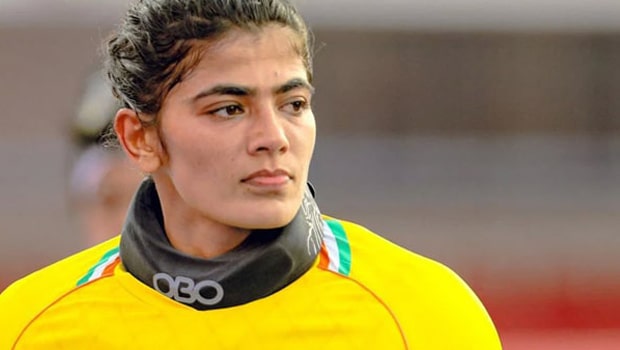 It was Marta Segu’s goal in the 57th minute which created the difference between the two teams and helped the hosts reach the quarterfinals where they will take on Australia.

It was a very nerve wracking game as both teams knew that they had to win or else they would be knocked out of the tournament and hence both teams started positively. Although India showed more heart in the starting exchanges, the hosts came back in the game after the initial five minutes.

India even got the first penalty corner of the game with over eight minutes gone in the first quarter as Neha Goyal tackled the ball smartly from a Spanish player in the circle. However the Indian Eves’ struggle with penalty corners continued as they failed to work the goalkeeper. Infact the execution was so poor that Spain started a counter attack and Beatriz Perez was inches away from deflecting that into the back of the Indian net and handing Spain the crucial lead. But India survived as they tried to keep the ball more and gradually put the pressure back on Spain.

However the hosts were getting more confident with their planning with every minute and did not allow the Indian attack to make much penetration. The second quarter saw both teams get some penalty corners but the goalkeepers were on song as Savita Punia kept India in the game with a brilliant triple save from a penalty corner. She was determined to stop everything that came her way. However if Punia was up to her task so was the Spanish custodian Melanie Garcia who thwarted Indian attempts time and again. Monika’s well executed penalty corner was blocked by the Spanish rushers while Gurjit Kaur’s strong effort was padded away by Garcia.

Therefore both sides enter the third quarter on level grounds. India showed some fiery movements in attack but it was not enough to penetrate and brek open the Spanish defence. Where the hosts were much more decisive in their movements near the circle but their strikers were not on form as they missed some easy chances.

India did create some chances as Lalremsiami and Salima Tete combined to create a greta attack but the former missed the target only by some inches. However Spain gradually grew more into the game as they tried challenging Savita Punia in goal. They took shots on goal and were hoping that something would fall in place. That’s exactly what happened as Clara Ycart drove the ball in straight towards the Indian goal. Punia defended the initial effort but the rebound fell kindly for Marta Segu to steer it back in as she handed the hosts a well deserved lead in the 57th minute.

India tried matching Spain as they went down to nine players in the final exchanges but it was simply not enough from the players as they looked weary and tired after a very physical encounter.