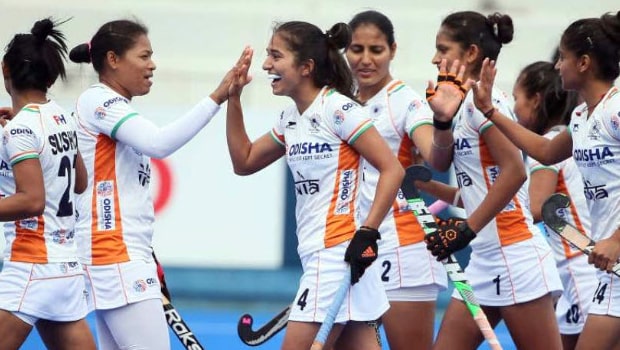 The Indian Junior Women team took a step ahead in the Three-Nation Hockey Tournament as they see off New Zealand 2-0 on Wednesday as Lalrindiki [Striker] and Prabhleen [Midfielder] as they both scored in the 15th and 60th minute respectively.

India kicked off aggressively with a beautiful brand style of hockey as they pegged back New Zealand, who had previously defeated hosts Australia 3-1 on Tuesday. India dominated proceedings in the opening quarter, which saw the won an early penalty corner in the third minute, as they failed to convert the chance.

However, things took a new turn as New Zealand lost focus in defense, allowing India to capitalize on a golden opportunity at the stroke of the quarter break as Lalrindiki found herself with acres of space in front of goal to slot home the ball. An excellent chance, however, fell to New Zealand to get an equalizer early in the second quarter from a penalty corner, but Bichu Devi Kahribam; the Indian Goalkeeper made an excellent save to deny the New Zealanders as she kept her side in the driving seat.

The two teams had to battle for possession in midfield, but neither team failed to create any clear cut chances as India held on to their 1-nil advantage heading into the half time break. The third quarter began as both sides saw a lot of clear cut chances as the Indians were awarded two penalty corners at the beginning of the period.

However, New Zealand Goalkeeper Kelly Carline made a brilliant save from an off shot target. A few minutes later, New Zealand won a penalty at the end of the third quarter, but the Indians held their backline firm to avert any threats posed by New Zealand. With 30 seconds remaining on the clock, India was awarded another penalty corner as Prabhleen calmly slotted home to secure the win for India.