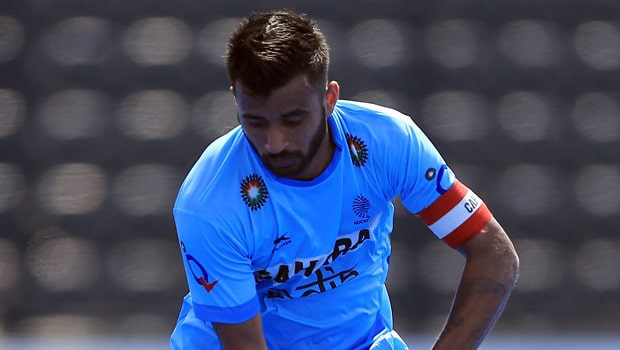 “Our final goal is to win a medal,” says India team captain Manpreet Singh ahead of the Commonwealth Games

There’s a lot of expectations from the Indian Men’s Hockey team ahead of the Commonwealth Games as the Men in Blue prepare for their opening game against Ghana on Sunday. Captain Manpreet SIngh and head coach Graham Reid believe that they are not burdened by the weight of expectations. The Indian team have been training constantly ever since their arrival and are looking to raise the bar with a podium finish in Birmingham.

Recently Reid and Manpreet were present in a virtual interactive with media where Reid shared how the fans’ expectations of them are not more than what they expect of themselves. So it is not much of a concern for the Australian. He said, “I must say, I don’t think that anyone’s expectations of us are more than that of our own expectations. We really have high expectations of what we expect from ourselves and also from each other. So, yes, we are not weighed down by these expectations.”

The Indian Men’s Hockey created history at the Tokyo Olympics as they played a brilliant brand of hockey and finished with the bronze medal, ending an age old curse at the Summer Games. Since then the craze for Hockey in India has increased tenfold and people have severe expectations from Manpreet and his men.

Hence Reid feels that the personal expectations are better things to have as they are in the control of the team than having external pressure. “We cannot do much about the external expectation, but we can do something about our own expectations and that’s what we do as it keeps the pressure on us but it’s in a good way because we are the ones that can control that.”

Indian captain Manpreet Singh has also reiterated the same as he understands the emotion and the expectations that the fans hold. He highlights how the fans want them to win a medal at the Commonwealth Games and he points out how it is the team’s aim as well but for that they need to put in the work first. “We know that fans have expectations from us that we will win a medal here. We discussed the same before arriving here that if our focus is on winning a medal, we will eventually be victorious in our efforts but we need to work on it first. We want to do our best in every single game, we are not going to take any team lightly and yes our final goal is to win a medal here,” Manpreet shared.

The Indian captain is currently on 299 appearances for India and the Commonwealth Games opener will be Manpreet SIngh’s 300th appearance in blue. A historic feat for the leader as he keeps the team composed ahead of the big event.