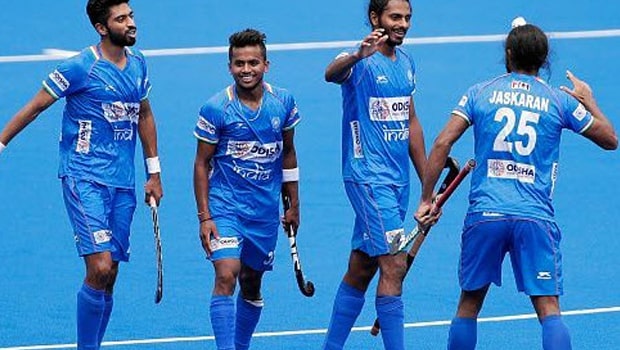 The tickets for the Indian Men’s Hockey Team’s home matches have been made available for sales at various Tickets outlets and box offices in Bhubaneswar.

With less than a couple of weeks to kick-off the FIH Hockey Pro League 2020, this is a tournament that will see the Indian Men’s Hockey Team partake for the first time, as announced by the Hockey India on Monday for the sales of the opening match tickets.

Tickets for India’s matches against the Netherlands, Belgium, Australia, and New
Zealand will be available for purchase at the Box Office located at Gate 9 of the Kalinga Stadium, and various outlets throughout the host city of Bhubaneswar.

For fans that have already purchased Online Vouchers for the FIH Hockey Pro League 2020 will also be able to redeem them at the Redemption Counter at the same venue [Kalinga Stadium].

This is the second edition of the FIH Hockey Pro Leagues 2020 competition, and the Indian Hockey Men’s team will be competing for the first time. They will be playing a total of eight home matches, which each of the two will be against World no.3 Netherlands, current world and European champions Belgium, World no.1 Australia and world no.9 New Zealand.

Tickets for all the eight matches will be made available around the city and various outlets including the box office. Furthermore, for the physical sale of cards, the sales of the ticket will be at Gate no.9 along with those that bought online to redeem at Gate no.4 Kalinga stadium which will be open at the specified hours on their tickets.

The tickets have been priced at INR 200 for the North and South stand, INR 300 for East stand and INR 500 for West stand which will the home matches be played on the 18th of January to 24th of May 2020.