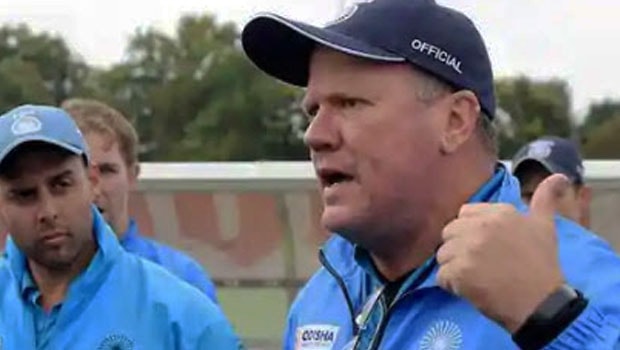 India was knocked out of the ongoing FIH Hockey World Cup after they lost to New Zealand by 5-4 in the penalty shootout after playing a 3-3 draw in the pre-quarters at Bhubaneshwar on Sunday. The team’s head coach Graham Reid feels there were quite a few factors that led to his team’s downfall.

In fact, India was leading by two goals at two stages of the game but their defense failed to keep the opposition at bay. Lalit Kumar Upadhyay scored the opening goal whereas Sukhjeet Singh doubled the team’s lead in the second quarter.

However, New Zealand bounced back as Sam Lane reduced the deficit. The home team then took a 3-1 lead as Varun Kumar scored from the penalty corner.

But the Blacksticks once again came back into the contest as Kane Russell and Sean Findlay scored to make it 3-3.

Speaking after the match, Reid said, “Obviously our PC conversion (was off) but we also had a lot of circle penetrations that we couldn’t convert. We scored three goals today and 3-4 goals would normally be enough. We probably needed to be more in front and tighter in defence.”

“We still created enough tonight to win. The problem was that every time we won the ball, we just gave it back to him and that was the telling factor. They got their 2nd and 3rd goals when we gave the ball back just after we won it. At this level you can’t do that.”

The Australian admitted that the players made mistakes that they normally don’t and it was a disappointing performance from them.

“We made mistakes which we don’t normally do, we need to analyse and talk about them and come up with solutions before our next game. I am sure pressure and expectations all come into the mix. Tonight we let ourselves down in the last quarter and threw the ball away. We probably have to go back to the drawing board…it’s still execution at the end of day,” said Reid.

It was a disappointing performance from India as they were not able to replicate their Olympics heroics.