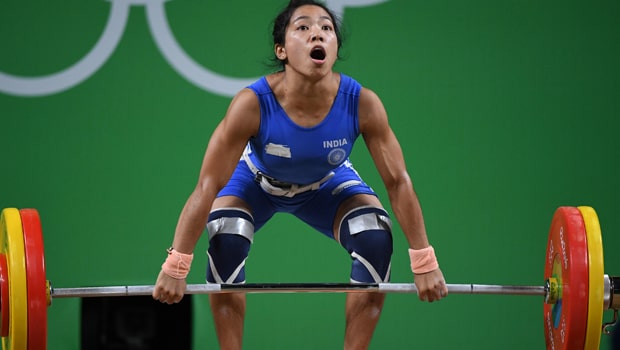 One of India’s biggest medal hopefuls at the Tokyo Olympics is ace weightlifter Mirabai Chanu. The ace athlete had a dismal Riro Olympics outing in 2016 where out of 12 weightlifters she was among the two who did not even finish their event.

Chanu decided to meet legendary weightlifter Karnam Malleswari on her return to India. Malleswari is India’s first female Olympics medallist. Chanu asked the veteran to review her performance at Rio.

It was the pep talk and motivation from the former weightlifter that changed Chanu’s career forever.

The 26-year-old who failed to lift the 106kg followed by 103kg at the Rio Olympics, turned her career around by winning the Gold medal at the World Championship in 2017. She kept her form going as she clinched another Gold medal at the 2018 Commonwealth Games.

She won the Bronze medal at the 2020 Asian Championship in Tashkent.

“Mira has been training really hard. She has been training abroad only. She is looking in good touch. She has got good exposure and has a good team. She has improved a lot. I am cofident that she will 100 percent bring a medal. She will surly win a medal in Tokyo. Her medal will be a huge boost to the weightlifting family. You will see a different Mira in Tokyo,” said Karnam Malleswari in her latest interview with TOI.

The 2000 Sydney Olympics Bronze medallist advises the Indian ace to not take any pressure and focus on a single lift at a time.

“When she came from Rio, she had met me and discussed a number of things. She asked me about Olympic pressure and how to take her game forward. After Rio, she has performed really well in international competitions. All I want to convey to Mira with the help of TimesofIndia.com is that don’t take pressure and don’t think about medals. Just go and give your best and focus one lift at a time. If she gives her best without thinking of a medal, she will automatically be on the medals tally,” Karnam added.

The 46-year-old former Olympics medallist reminisced about her Summer Games event back in 2000. She had to lift 137.5kg in a clean and jerk. It was her last lift and since both the Gold and Silver medallist failed their respective lifts, a successful lift for Karnam would have handed the elusive Gold medal. However, Karnam also failed to make the final lift and settled for Bronze. She finished at 240 kgs while Lin Weining bagged Gold with 242.5 kgs and Erzsebet Markus clinched silver also with 242.5kgs.

“It’s been 21 years but it feels like yesterday. I still get goosebumps, whenever I recall that day. I feel really happy when people remind me of that day. I feel so proud. Honestly, I was not happy after winning the medal because I could not win the Gold medal. I failed my last attempt. I missed out on the Gold medal by 2kgs. I was really disappointed. That pain is still there. Because you can’t slip up in the World’s biggest competition, She reminisced her memories of winning the Bronze medal.