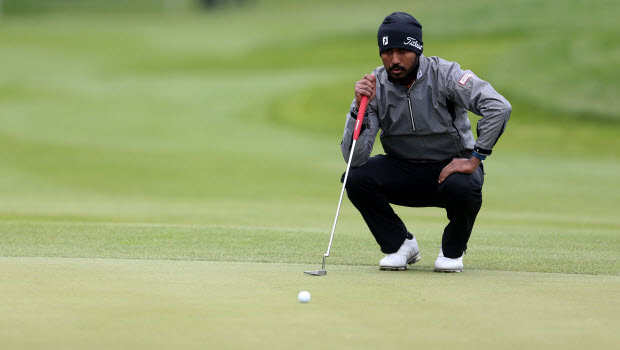 The TATA STEEL Group and PGTI will be hosting the season-ending TATA STEEL Tour Championship – a tournament which only top 60 players on the TATA STEEL PGTI Order of Merit will be eligible to participate.

The event, which holds at the Golmuri Golf Course in Jamshedpur between December 26th – 29th will offer a handsome prize purse of Rs. 1.5 crore and will feature an elite field of 74 professionals.

The championship which made its return on the PGTI schedule after 2017 will be a 72-hole stroke-play championship with no cut applied after 36 holes. While the Pro-Am event preceding the tournament will be played today, all players will be guaranteed prize money.

The players that fall into the rank of the top-60 players from the current TATA STEEL PGTI include likes of Rashid Khan and Chikkarangappa.

The tournament will also feature 15 invitees which include Indian golfing legends Jeev Milkha Singh with 13 international wins in his locker, Gaganjeet Bhullar with ten, Jyoti Randhawa with nine and SSP Chawrasia with six international wins.

The likes of Jyoti, SSP and Gaganjeet, have all competed at the TATA Open in Jamshedpur in the past while Jeev will be making his maiden appearance in Jamshedpur.

Nearly after 12 years, SSP Chawrasia, who is also a three-time winner of the TATA Open in will make his return to the tournament while Jyoti Randhawa, the runner-up at the TATA Open in 2011, and Gaganjeet Bhullar will join the top players in the Steel City after eight years and 12 years respectively.

Sanjiv Paul, Vice President, Safety, Health & Sustainability, TATA STEEL who spoke with journalists ahead of the tournament said TATA STEEL remains committed to the development of sports in India.

Sanjiv who is also the captain of Jamshedpur Golf said TATA STELL has always been in the forefront of nurturing and supporting sporting talent.

With a common shared goal, the association and PGTI are determined to promote competition at the highest level of golf.

Speaking further, Sanjiv said the organisers had made improvements in the Golf Course to make it more challenging and one of the best layouts in India. This he said is befitting to top players of the country that are participating.

With the class of players in action, the TATA STEEL Tour Championship promises to be an engaging four days for the golf enthusiasts.