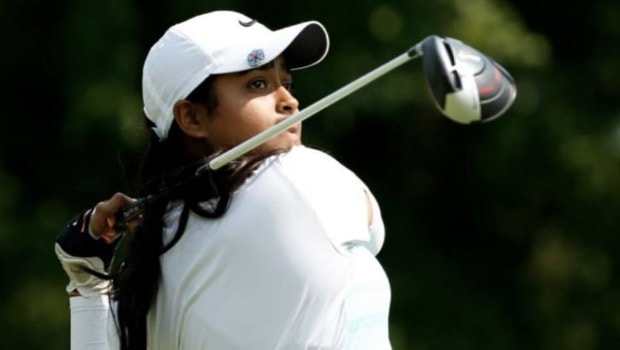 Anika Varma put herself in the records boom as the first Indian golfer to tee off at the US Women’s Amateur Championship.

The 16-year-old carded a three-over 75 to make a modest start in the US she recently moved to from her country to further her golf career.

Anika, who was placed Tied-55th after the first round, has to be among the top 64  after two rounds of stroke-play to advance to the next round of the tournament, the match-play segment of the Championship.

Under the tutelage of Noah Montgomery, Varma, who also coach India’s leading star Gaganjeet Bhullar, struck two birdies. The two had one on either side of the 6,553-yard, par-72 layout at Woodmont Country Club course.

This shows that Anika is rising by the day in her ranking. A few weeks ago, she got into the lead at the 50th Sacramento County Women’s Scratch Championship, where she racked up her second career ace.

Due to the challenging conditions, she gave away five bogeys. Players had weathered some long rough and fast greens under the conditions.

Varma settled into the tournament after opening with a par. She produced a bogey on second and a birdie on the third.

She turned in two-over 38 after two more bogeys on the seventh and ninth, respectively. On the 12th and 16th, she later endured bogeys and a birdie between on the par-five 15th for one-over 37.

At the tournament, other debutants, Rachel Kuehn and Riley Smyth carded four-under 68s and shared the lead.

The round was delayed for two hours and 16 minutes because Hurricane Isaias was approaching Maryland, with two players yet to finish.

19-year-old Kuehn, 19 birdied six of her first 11 holes. But she couldn’t continue with birdies after that and bogeyed the 13th.