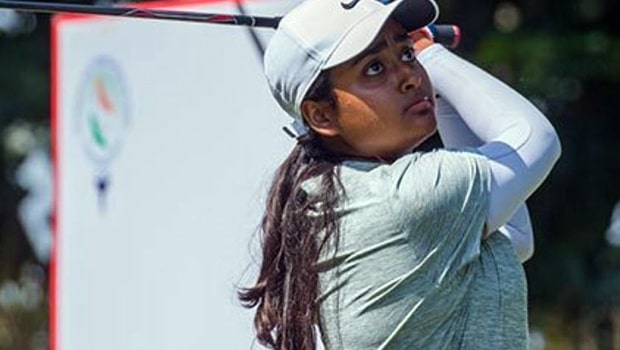 Indian amateur golfer, Anika Varma, is in the lead at the 50th Sacramento County Women’s Scratch Championship after racking up her second career ace.

She celebrated her exploit with a series of emojis. Anika is leading the field by two shots at the Mather Golf Course in Sacramento.

The event is open to all female golfers with a World Handicap System (WHS) Index of 5.0 or below.

Before reaching 66, Anika recorded five birdies, including the ace for eagle against one bogey.

Meanwhile, Anika is excited that she will also feature in next month’s 120th US Women’s Amateur Championship a the Woodmont Country Club in Rockville, Maryland. The event will run from August 3 to 9 expressed her excitement over the development.

The super excited 16-year-old said she is looking forward to some great competition and test her limits with the game.

According to the organizers, the USGA, defending champions, Gabriela Ruffels will be among the USGA champions in the field. The Australian is looking to become the first player to claim consecutive titles since the current LPGA Tour standout Danielle Kang (2010-2011).

During the 71st US Girls Championship at SentryWorld held last year, Anika put in a spirited performance by reaching the round of 32. In the competition held at Wisconsin, Anika turned in a series of gutsy performances, where she took down higher-ranked players.

Anika has since then climbed the ranking in the WAGR from 787th position to be among the 132 that will compete for the title in an invited field.

For the past two months, Anika had racked up steady performances on the Cactus Tour in Arizona and Nevada.