Home » Other Sports » Golf » Anirban Lahiri: COVID-19 lockdown is a blessing in disguise 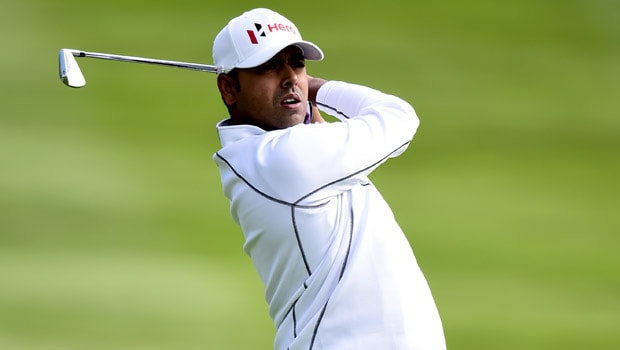 Having failed to have a top ten finish in most of his games in the last two seasons, India golfer,  Anirban Lahiri, has said that the COVID-19 lockdown could be a blessing in disguise for him to get his groove back.

Lahiri, who is not complaining after being unable to hold a golf club in his hands for two weeks, has had rough times on the PGA Tour, especially in the last two years, which has been tough.

The 32-year-old who is now ranked a lowly 497 says the break will allow him to get his game back on track.

Speaking with TOI, the two-time European Tour winner revealed that he has been working on his fitness and using the break to spend quality time with family.

While noting that staying away from golf has not been tough for him, due to his current form, Lahiri said he was in the country to play the Indian Open and also spend some time with his coach Vijay Divecha to finetune areas where there have been issues affecting his game.

He further stated that the lockdown gave him the time to relieve his stress and reassess what is needed to be done, Lahiri said three weeks is a good time to work on his fitness. As part of the routine for his fitness, the 32-year-old said he has been running, involved in yoga, and working out as best as he can.

Unperturbed by the lock holiday professionally, he, however, noted that it is a difficult time around the world, and he is trying to take it in a positive light. This, he said, because he has been a professional for 13 years, and others within his rage have not had such a long break in a while.

Although golfers at times five days of the off-season, Lahiri said despite that, they still work for two weeks in the gym as it has been in the structure.

While noting that his whole life has been about the game, Lahiri said he is enjoying himself with the time off because he is not sure of when such an opportunity will arise again.

He further revealed that he now has enough time with his daughter, and he has not been hitting, adding that his golf set is not even with him.