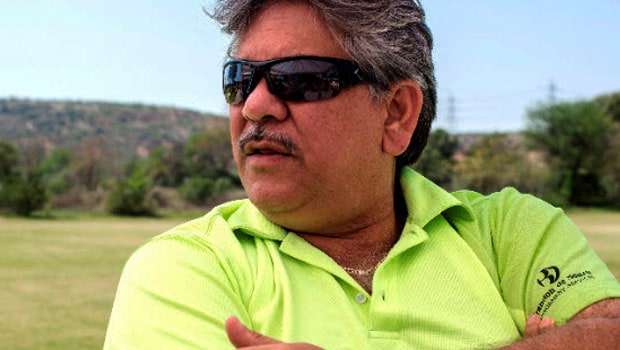 17-time India international and former National champion Brandon de Souza has said he is looking forward to making the year ahead truly count for all our stakeholders in the golf industry.

This was stated after he was voted as the new president of the Golf Industry Association (GIA).

Brandon, who is the Managing Director of Brandon de Souza Management Services, is the current Honourary Treasurer Director of the board.

After the election, congratulatory messages have been flowing in.

A message on the Twitter handle of GIA reads: “The newly elected board of the GIA for 2020-21 congratulates incoming President, Brandon de Souza and wishes him a successful tenure.

Joy Chakravarty,  a former Media Manager of the Indian PGA Tour and deputy editor at Sport360, is excited the Brandon took over the body, saying the industry needs his experience, which he described massive.

Congratulations, Brandon de Souza, on being elected the President of Indian Golf Association. What a time to take over!! The industry needs every bit of your massive experience at times like this,” he said.

Remniscencing, V Krishnaswamy, a writer/consultant, posted a picture on his Twitter page of an interview he had with Brandon 20 years ago about his contribution to the development of the India Tour. According to him, Brandon single-handedly made the tour a thriving and lucrative.

“The treasure trove throws up more gold: the photo and the heading says it all – this was almost 20 years ago… and he is as swashbuckling as ever. A great friend – Brandon de Souza,  A great buddy of all us in the sport,” he added.

Also delighted about the development, Anand Datla,  the Head Assessment, and Impact Measurement Tata Trusts said it is an opportunity to have an experienced lad lead the governing body.

“Delighted to learn of Brandon de Souza taking over as President of Golf Industry Association. Congratulations and good luck to the entire team. A great opportunity for an experienced leader in golf.”

Avid golfer, Chetan Yallapurkar, described the development as a positive to India golf. In his reaction on his Twitter page, he said Brandon is a man with a clear vision, and he holds to his words.

He is, therefore, hoping for a lot of development to be seen for the game, and he is looking forward to connecting with him soon to work together.