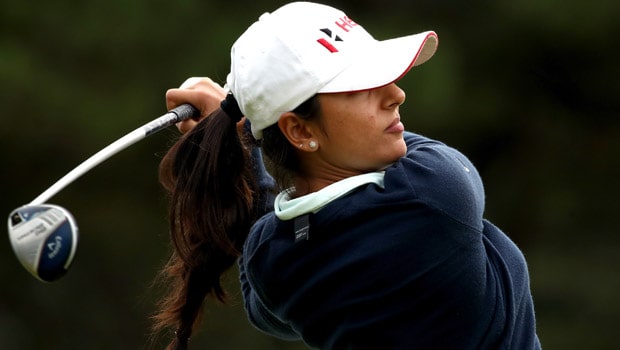 The trio of Indian women golfers participating in the AIG Women’s British Open is now out after missing the cut.

Tvesa Malik, Aditi Ashok, Diksha Dagar made history. This is the first time that India will be having three female golfers teeing up together in one European Tour.

Malik, who made her Major debut, missed the cut by three shots.  The 24-year-old who hailed from Gurgaon was in the hunt for most of the day but later bowed of the tournament alongside her compatriots under tough conditions.

Before exiting the tournament, Malik began on a superbly note in testing conditions with a series of six pars. She then birdied the seventh and reached seven-over. Her undoing was three bogeys she recorded in a row at the turn on eighth, ninth, and 10th. This put her on the block as she fell to 10-over.

She would have been through to the weekend clash with a birdie in the last eight holes without a bogey. Although she avoided bogeys from 11th to 15th, Malik was 10-over after 15 holes. All she need was one birdie in the last three holes to stay on bought couldn’t get it as she dropped a double bogey on Par-5 16th.

This can be said to be a good experience for the young golfer, who also made the cut at Scottish Open last week from the three Indians.

On the other hand, Ashok, who won one of India’s highest sporting awards, the Arjuna Award, managed only a birdie in 36 holes at the Par-3 fifth but missed the cut.

Dagar, who missed winning the Arjuna Award after being nominated, had a birdie and an eagle on par-4 18th on the first day only.