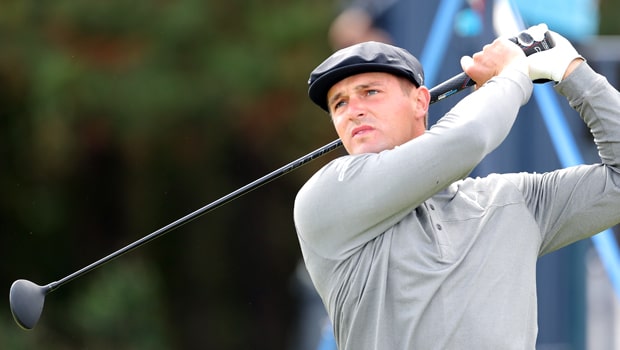 Bryson DeChambeau has vowed to improve the pace of his game after he was singled out for criticism during last week’s Northern Trust. The American was criticised by supporters and players alike after two videos emerged of him taking over two minutes to take shots at the event in New Jersey.

DeChambeau initially labelled such criticism as unfair, but he has now pledged to speed up his game, insisting he wants to be part of the solution rather than the problem.

“Slow play affects the quality of the game for both players and our fans and I’ve always had the utmost respect for my playing partners,” DeChambeau posted on Instagram.

“I’m constantly trying to improve and I will do my very best to improve my pace. Golf is my passion and livelihood. It’s my responsibility to help improve the game to be more enjoyable for all.

“Pace of play has been an issue for golf at all levels for a long time, and I’m committed to being a part of the solution, not the problem. “I want to be a good representative of the game and the PGA Tour and I looking forward to working with the Tour and fellow players to find a solution to slow play.”

DeChambeau will be back in action this week when the FedEx Cup Playoffs continue with the BMW Championship at Medinah. The 25-year-old currently sits 20th in the FedEx Cup standings and he is priced at 41.00 to win the tournament in Illinois.