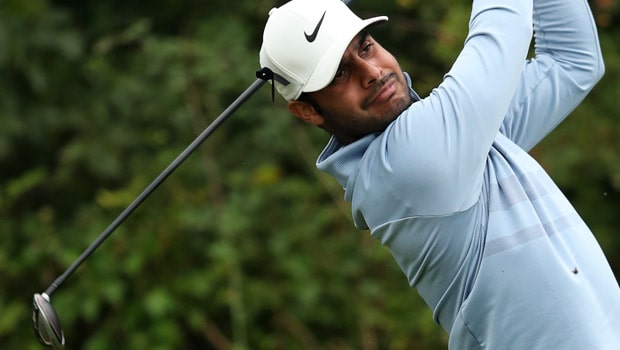 Celtic Classic: Shubhankar Sharma fails to progress after shooting one-under 70 in the third round

After another sub-par round of one-under 70, Indian golfer Shubhankar Sharma could not move up in the Celtic Classic on the European Tour.

After squeezing inside the cut line, Sharma is two-under 211 and placed 66th in a third-round that saw him recording two bogeys and three birdies.

His below-par performance saw him dropping six bogeys in the last three days in the stretch between fourth and seventh. He dropped an additional three on the others. He, however, registered six birdies between ninth and 12th.

Although a sub-par performance, the last opportunity for the 24-year-old Indian is today’s game, which he needs to get to a higher finish at the Celtic Links. This is the fourth tournament in the six-event UK Swing.

In the lead into the final day is Connor Syme, who carded a tournament-low eight-under-par round of 63. The Scottish is searching for his maiden European Tour win.

In the third round, the Scots recorded four strokes behind halfway leader Sam Horsfield. With three birdies on the front nine, he secured the top spot with one more round of games.

He was able to be one stroke ahead of Horsfield after carding five birdies on the back-nine where he recorded a 15-under par total.

Horsfield, on the other hand, is eyeing his second title since the European Tour season resumed. He was the winner of the Hero Open a fortnight ago.

Before recording his first birdie of the day on the ninth, the 23-year-old Englishman parred the first eight holes and followed it up with two gains on the 14th and 16th holes. Horsfield, like Syme, returned a blemish-free card.

Sebastian Soderberg is third on the standing at the moment. The Swedish carded a bogey-free six-under-par 65 after recording 13-under par. He is a stroke ahead of Belgium’s Thomas Detry, Andrew Johnston, and Adrian Meronk of England and Poland.