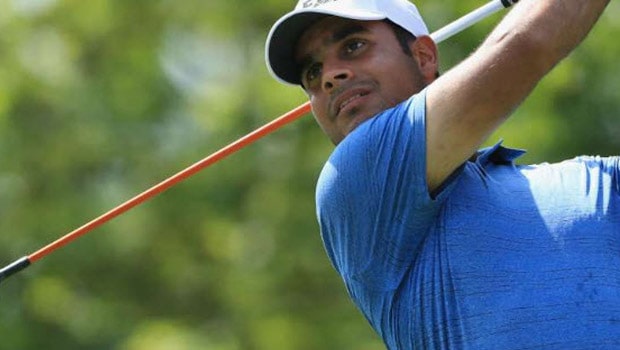 Indian golfer Shubhankar Sharma completed the Celtic Classic  T-63rdwith a round of even par 71.

Sam Horsfield emerged as the winner of the tournament. This is his second win in three weeks, having won the Hero Open fortnight ago.

Out of his four starts of the UK swing, Sharma’s total of two-under 282 was the first cut he made.

Horsfieldwon the tournament with a fine round of four-under 67 and a total of 18-under 266.  Thomas Detry (67) came second while Andrew Johnston (68), Thomas Pieters (67), and Connor Syme (71) completed the top five of the Celtic Classic.

The win has moved Horsfield to the top of the UK Swing Order of Merit. It also automatically got him a ticket for the U.S. Open.

Th 24-year-old Indian had on Sunday bogeyed first, seventh, 11th, and 15th. He also retrieved the shot with a birdie on fifth, ninth, 13th and 18th after each bogey.

En route to emerging the winner, 23-year-old Horsfield began the day one stroke behind Syme. He later picked up and ended up sharing the lead after the first hole after the Scotsman dropped a shot.

The English golfer then made consecutive birdies on the third and fourth holes. He followed it up with a birdie in the seventh, but the play was halted for two hours by the threat of lightning at Celtic Manor Resort.

After the interruption, Horsfield parred the next six holes before his fourth birdie of the day on 14th. He then clinched the trophy with a bogey-free 67 and an 18 under par total.

Next of Sharma’s schedule is the ISPS Handa Wales Open, which will have his fellow countryman Shiv Kapur featuring as well.