COVID-19: Rashid Khan uses Martial Arts, PS4 and nephew to while away time 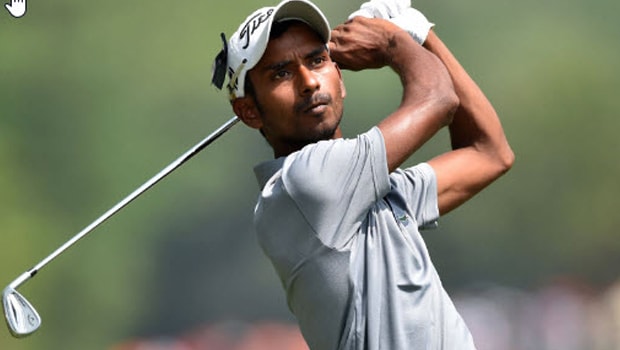 India golfer, Rashid Khan, whose aim is to represent his country in the Tokyo 2020 Olympics, is practicing martial arts to keep himself fit.

Khan is using the precision of his fingers at Play Station as wrists are for the time being with the sports calendar crumbled by the COVID-19 pandemic.

To do this, the India top golfer is playing the game with his 15-month old nephew. This could be the best part of being around in the wake of the COVID-19 pandemic.

Khan, who is following Billy Blanks on YouTube, is having a nice time with his 15 month old nephew. This, he said, takes up a good part of his day as he continues to adjust to a life beyond suitcases and hotel rooms.

While admitting missing going out to play at the course or competing at championships, he said the situation is not in golfers’ hands as Golf is unlike other games. He added that hat remains important to him is to be strong mentally and stay fit, which is what he is doing.

While also revealing that he doesn’t practice on the course every day, Khan also pointed out that there is still confusion about the Olympics.

Although some countries and athletes have announced their withdrawal from the showpiece, putting their health as a priority than the game. The International Olympic Committee had insisted that the games will go ahead as planned.

However, with the look of things, with countries trying to curtail the spread of the virus, it’s looking unlikely that the event will hold.

Speaking further, Khan said with no surety of the situation, and he is keeping himself mentally ready for the Olympics and the run-up events.

He further stated that he is keeping fit with Billy Blanks, whom he has been learning a martial art technique called Tae Bo from. According to him, it helps total body fitness with martial arts.

On staying strong mentally, he added that all he has been doing is to relax more than playing with his 15-month old nephew, who he said is a delight.

With the COVID-19 still wreaking havoc, Khan said he loves the time he is having because he won’t have it when he is on Tour, and he is making the most of it.