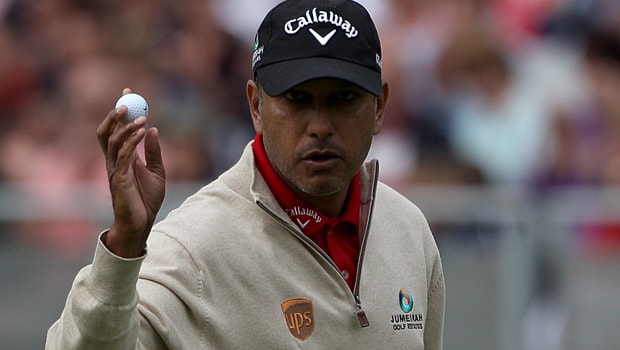 India golfer,  Jeev Milkha Singh’s, has expressed his excitement after his first wing in the last two months at Chandigarh Golf Club, which recently reopened its sprawling greens on Wednesday.

The course was opened after the lockdown was relaxed. India appears to have flattened the curve of COVID-19, and some activities will be resuming soon in society to revive the economy.

While expressing his excitement over the development,  Singh predicted that no tournaments are feasible in the near future.

Although all the golf courses, all other facilities like gymnasium and restaurants are still barred from operation, the ace golfer said it was something different.

Thanking God that he was able to what he loves to do, and he has gained fame from it while representing his country, Singh told PTI having everything makes one lose respect for them, but the corona pandemic has changed that habit as staying home in the last eight weeks made him reflect on the importance of life.

While noting that he used to take golf, and many other things, for granted, he said he will now need to count his blessings on what life presents.

Speaking about a possible restart date for the game, Singh noted that the power lies in the hands of the government of each country as they have different confirm cases of COVID-19 and casualty figures. This he said will determine when the travel ban will be lifted for normalcy to return.

Although he feels like golf tournaments should start in October in the country, while it could kick off a month earlier in the continent since the US that has the highest number of confirmed cases and deaths are reopening and schedule to start golf tournaments in June. Europe is scheduled to begin in September as well.

It is no more news that young golfers are struggling financially due to lack of tournaments. Singh said It is tough for them as they struggle without their livelihood as it is their bread and butter.

He, therefore, adviced them to practice and work hard and set standards.