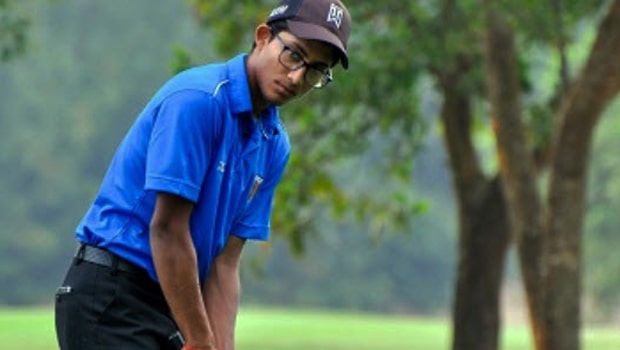 Amateur golf player, Kartik Sharma, alongside Pawan Verma are occupying the top spot in the first round of the Professional Golf Tour of India (PGTI) Final Qualifying Stage for the 2020 season. Both golfers shot scores of two-under-70 to be joint leaders of the round.

Kartik, who is from the DLF Golf and & Country Club, has been one of India’s leading amateurs in recent times. The 19-year-old made five birdies in exchange for three bogeys, while Pawan Verma, who is the 2018 Feeder Tour Order of Merit champion, shared the top spot with Kartil after picking up seven birdies at the cost of five bogeys.

At the Kensville Golf & Country Club near Ahmedabad, Kartik, who was the representative of the International Team at the Junior Presidents Cup in Melbourne, Australia, in 2019, also made three long birdie conversions from a range of 12 to 25 feet during his round.

Speaking to journalists after the round, Kartik, who his making his debut at the PGTI Qualifying School, was happy for playing well.

Having fished finished tied fourth in Pre Qualifying I, the 19-year-old who is excited about his progress said he felt he had carried the momentum of the previous round into the Final Stage.

While noting that he has executed his game plan well so far, Kartik, however, stated that he was struggling with the speed on the greens earlier in the round, but later adapted to the situation by putting well in the second half of his round.

Also speaking, Sharma, whose best amateur world ranking has been 120, pointed out that he also played some good wedge shots towards the end his my round.

In the round, Md Sajib Ali from Bangladesh and Deepinder Singh Kullar tied in third place with matching scores of one-under-71.

The top 80 players (+ ties) will progress after round two of the Final Qualifying Stage, while the top 38 players will earn their full cards for the 2020 PGTI season at the end of the fourth round.