Girraj strives for Pro success after scaling through PGTI Q-School 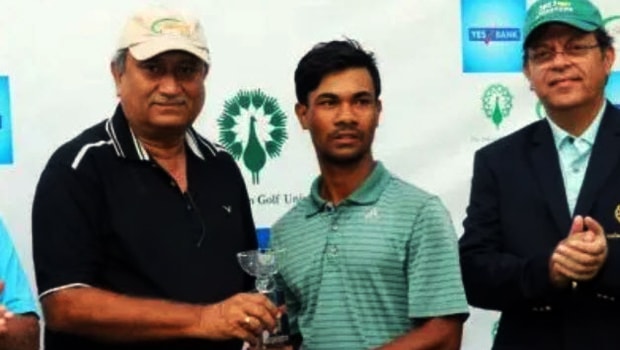 Girraj Singh Khadka is now eyeing the success in professional golfing after qualifying from the PGTI Qualifying school with a ‘B’ card.

What is hindering his progress into a pro is the coronavirus-forced lockdown.

Girraj, who is born and bred at the Rambagh Golf Club in the Rajasthan capital, is now qualified to play 80 percent of PGTI events.

Speaking with TOI, Girraj is hoping that the PGTI season will begin with the opening of Rambagh Golf Club for him to start competing as a pro.

The lanky golfer who is aiming to win many events as a professional has his family roots in Nepal’s Pokhra province, and he has been interested in playing golf since he was 12 while watching members going about their chores daily from the workers’ hut near the clubhouse.

He admitted that watching individuals play golf created his interest in the sport, and he used to follow them for all 18 holes, and many had whispered into his ears to play the game.

Those who encouraged him to play will be happy to see him compete among his contemporaries as a pro when golfing action resumes.