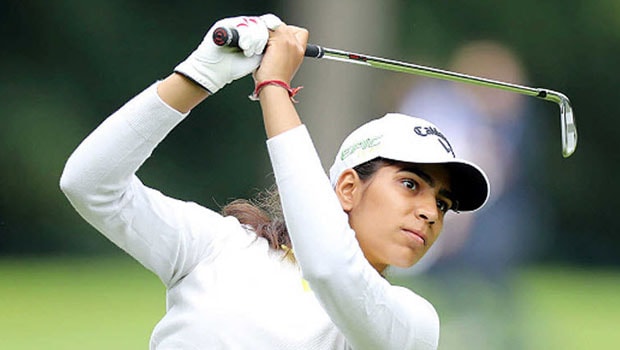 The postponement of the Tokyo 2020 Olympic Games is not stopping Indian golfer, Diksha Dagar, from dreaming of gold at the world tournament.

The COVID-19 pandemic has led to the postponement of the competition that supposed to take place in June.

For Dagar, her dream is to win gold in Japan next year (provided the pandemic has gone), set a new record, win a medal for her country, make a name for herself, and ultimately become a hall of fame athlete.

Not dismayed by the postponement of the Mundial, the 19-year-old golfer is singing, dreaming, and working hard to get the gold.

So, the lockdown has even allowed her to work on her fitness and under the watchful eyes of her father,  Narinder Dagar. Under Narinder, world No. 317 has been undergoing rigorous training by spending four hours daily. This is to help her stay in shape for the workload that is about to come.

Speaking on the training plan, she revealed that her dad has set up the facilities she is taking full advantage of. She also noted that she had added hitting of a few balls to the routine while concentrating on her putting skills as well. She listed other things she does as yoga, football, meditation, and cricket.

Her father also explained that in the evening when she has spare time, she plays football and cricket with her elder brother, Yogesh. While doing this, she wears a mask, especially when swinging her irons due to the COVID-19 because the virus is said to be airborne also.