How Chawrasia fought back to regain his European Tour card 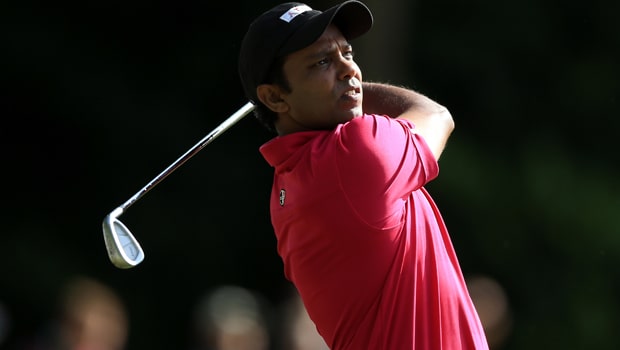 Indian professional golfer, Shiv Shankar Prasad Chawrasia, has regained his European
Tour card after potting over 108 holes to emerge fourth at the six-round Q-School event held on Thursday at two courses of the Lumine Golf Club.

The four-time winner on the Tour is the third Indian player alongside Shubhankar Sharma and Gaganjeet Bhullar on the European Tour in 2020.

Shubhankar gave a stellar performance on Thursday on the back of his two wins in the 2018 season. Bhullar won a European Tour title in 2017 and was the last man to keep his card at 115th place.

Shubhankar, on his part, finished in 65th position on the Race to Dubai, while Chawrasia was 173rd.

After winning his first European Tour title co-sanctioned with the Asian Tour in 2008, Chawrasia, who also emerge winner of three more in 2011, 2016, and 2017 recorded all his successes in India. He has also won two other titles on the Asian Tour.

Speaking after his performance, Chawrasia said he was very upset after losing his status on European Tour after so many years. Having played in European Tour since 2008, he wanted the card badly and did well. To achieve his aim, he didn’t participate in Panasonic Open India at home, despite being a former winner of the tournament to play the European Tour Q-School.

While describing the tournament as one of the most gruelling events he has ever played, Chawrasia added it has always been his home Tour.

In six rounds game, where he made 108 holes with some many big names and young talent, and there are just 25 cards up for grabs, the golfer noted that besides physical, it was also a mental battle.

Chawrasia, who further stated that because his status was coming to an end and has been playing in Europe, it was very important for him to get the card.

While expressing delight at getting the card, he said he will now participate in some events left in Asian Tour to keep his status.

Diminutive Chaurasia in the game played over six days had 24 birdies, a hole-in-one, and seven bogeys and one double bogey. His stellar performance put him beside two other players who had five or more rounds in 60s.