IGU Suspension: Arjun Atwal calls out minister ahead of 2020 Olympics 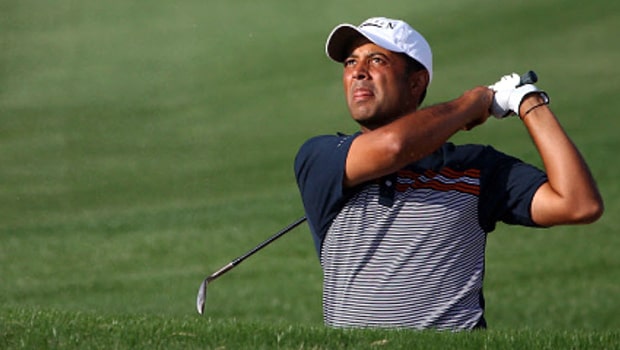 Indian golfer, Arjun Atwal has called out Kiren Rijiju, the country’s Minister of State (Independent Charge) Youth Affairs and  Sports to do something about the issue concerning the country’s golf federation ahead of the 2020 Olympics.

The golfer took to his Twitter page on Tuesday saying he is yet to see a comment by the minister on what is being done about the situation adding that it is an Olympic sport.

Not surprised by the behaviour of Kirn, he added that he is sure there won’t be a response.

With the latest development, India golfers may not be able to participate in the forthcoming Tokyo Olympics 2020, putting the golfers’ participation in jeopardy due to suspension of Indian Golf Union (IGU)

The Sports Ministry had suspended the IGU due to the failure of the National Golf Federation to comply with the National Sports Development Code of India (NSDCI).

Sixty male players and 60 female players will be participating in the competition in Tokyo. To be among the 60 that will be in Tokyo, players have to be among the top 60 on the International Golf Federation (IGF) rankings as of 22nd June 2020 for men and 29th June 2020 as for the women.

Out of the 60, the top 15 players will gain an automatic qualification with a restriction of 4 players per country while the remaining slots will be taken by the highest-ranked players from other countries with slots available to a maximum of 2 golfers per country.

From the latest IGF rankings, Rashid Khan is occupying the No. 53 spot in the men’s category and Aditi Ashok and Diksha Dagar occupy number 37 and 57 from the women’s category respectively. They are therefore in contention for slots in the global event.

With the failure of the IGU to conduct elections to the sports body, they might not meet the criteria as a participant in the competition.

Although qualification for the Olympics is based on the IGF Rankings, the final team will be approved by the national sports federation with IGU being the governing body in India in consultation with the Indian Olympic Association (IOA).

With a few months left for the tournament to kick off, it is hoped that the IGU will conduct its elections soon in order to resolve issues that will make Indian golfers participate in Tokyo Olympics without any hiccups.