Home » Other Sports » Golf » Jeev Singh, Rahul Bahaj speak on the impact of COVID-19 on young golfers and sponsors

Jeev Singh, Rahul Bahaj speak on the impact of COVID-19 on young golfers and sponsors 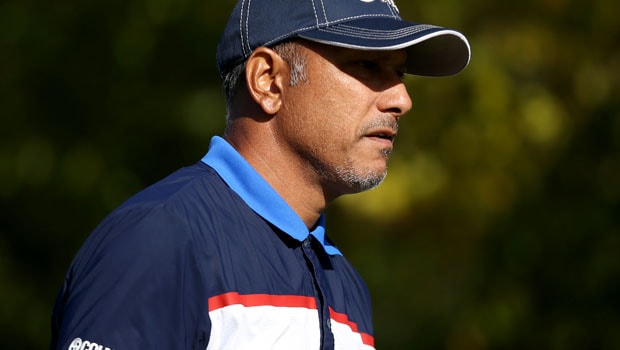 Top Indian golfer, Jeev Milkha Singh, has noted that the lockdown that has led to and suspension of tournaments is going to affect young players significantly.

The lockdown caused by the COVID-19 pandemic will affect the young lad because their careers just started.

While nothing that they are still at the nascent stage of their career, Singh, in an interview with PTI, further stated that the young professionals would suffer most because they want to prove themselves to the world, want to win tournaments, and their livelihood is also at stake.

The four-time European Tour champion further stated that the young lads who recently turned pros have their goal of making money, and they can only achieve that by being on tour. But with the situation in their hands, which they can’t control, that dream has to hold for now.

He noted that being an ace golfer that has been on different tours and played many tournaments over the years, he said that he has the opportunity of going for the senior tour, but the young ones can’t train at the moment.

COVID-19 is ravaging the globe at the moment, and India is not exempted. The dreaded virus has killed over 150,000 people and infected over 2.5 million globally. So, every means of life, including sports, have been affected. Sporting calendars have suffered a massive halt with postponement and cancellation of tournaments order of the day.

The casualty figures in India are about 600, while there over 19,000 positive cases in the country, making organizers suspend the Professional Tour of India.

Also speaking a silver medallist at the Asian Games in 2010, Rahul Bajaj, said players below 30th ranking in order of merit of PGTI would also have to bear the brunt of the epidemic. He added that it could be difficult for them to survive if normalcy doesn’t return soon.

While noting that the pro tour will suffer if things are not normal soon, he said once the virus is under control, it would be difficult to get sponsors for tournaments because corporates are also suffering. Many of them had to lay off their staff.