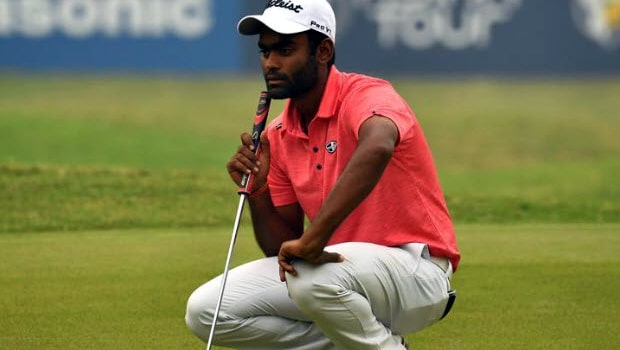 This is the third edition of the competition played at the Kensville Golf & Country Club near Ahmedabad.

Delhi-based Shamim and the 20-year-old Arjun in the first round of the tournament returned scores of six-under-66. They now lead by a one-shot against Sunit Chowrasia (67), who is occupying the third spot.

On opening a hole birdie, Shamim had a good start with two 20-feet birdie conversions on the sixth and ninth. His game has witnessed some improvement judging from his putting display this week, which saw him pick up three more birdies from a range of seven to eight feet on the 12th, 14th, and 15th.

The 14-time winner on the PGTI later pushed his tee shot to the right on the par-3 16th, resulting in his only bogey of the day. On the closing 18th, the 40-year-old player finally sank his third 20-footer of the day for a birdie.

Speaking after the game, Shamim said acknowledged that he hasn’t played up to his expectations this season, although his hitting has been consistent. He added that all that is left now is his putting average, which has been poor most time in the year.

He also admitted that his results, especially at some of the bigger events, have been affected by this having not potted well from a range of seven to eight feet recently.
However, he noted that his putting so far in the tournament is much better, which has helped him to score well.

I did drain Shamim, who is currently ranked 30th in the TATA Steel PGTI Order of Merit, said what is required for him is some crucial putts from a range of seven to eight feet along with good driving.

Shamim, who has done well on the ground in the past after tying third at the 2017 edition of the Kensville Open 2017, said he remains hopeful of turning around his form this week.

On his part, Prasad, who ended with a creditable tied 11th at the recently held Asian Tour’s Panasonic Open India, continued his excellent form with another top-notch effort.
He also fired seven birdies at the cost of a lone bogey after driving the ball well. He got his first birdie on his fifth hole, the 14th. From there, he didn’t stop and collected four more birdies over the next six holes.

Speaking on his game, the youngster said he kept the errors out and managed to get himself out of some tough situations. All this, according to him, was down to a good game-plan that helped him to save par whenever he missed the fairway.

While noting that his driving and putting were solid, the 0-year-old felt he has been in good form since the Panasonic Open India, which was his last event.