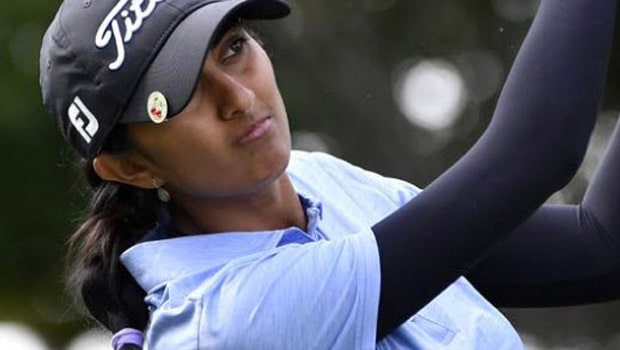 The Ladies Scottish Open, is a premier event on the Ladies European Tour co-sanctioned with the LPGA since 2017.

Although the Ladies Scottish Open has been around since 1986, this is the fourth time the two Tours are coming together.

According to the schedule announced, Diksha will be playing with Stephanie Kyriacou and Yu Liu early at 7.15 am.

On the other hand, Aditi will be playing with Scottish star Carly Booth, and South African Lee-Ann Pace at 9.58 am local time.

The winner of the Hero Women’s Indian Open years, Emily Kristine Pedersen, will also be playing with Tvesa and Yealimi Noh at 12.22 pm.

Aditi had arrived in England alongside her mother on Monday, and they have been at the venue and to have a good look at the course.

Speaking on their arrival, Diksha’s dad, who is also a caddie, Col Naren Dagar, revealed that they were tested at the airport and then again in Scotland by the organizers.

Dagar, who described their trip this time around as different, said they got help in India with their papers and got permission to travel.

While noting that there was tension due to the pandemic, Dagar said the officials in India were helpful.

Speaking ahead of today’s start, Diksha said she has been waiting for the moment, having practiced for a long time, and maintained all safety measures.

On how she ensured adherence to the COVID-19 protocol, Diksha revealed that her team wore PPE suits and took all measures on travel, including wearing masks, maintaining distance, and staying away from crowded areas.

It could be recalled that Diksha had emerged winner of the Women’s South African Open last year in her rookie season.