Home » Other Sports » Golf » Lahiri crashes out of Palmer Invitational

Lahiri crashes out of Palmer Invitational 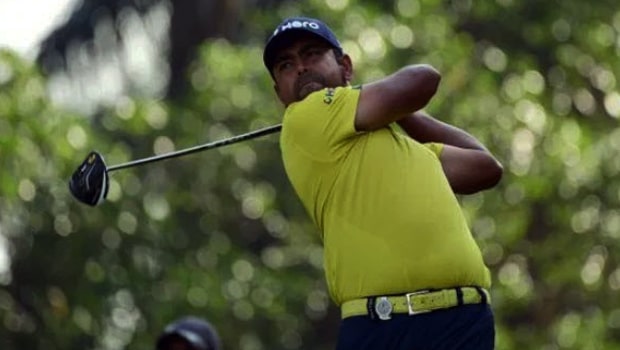 Anirban Lahiri has crashed out of Palmer Invitational tournament after he stumbled with two double bogeys.

The Indian golfer, who carded five birdies has, therefore, crashed out of the competition in Orlando in the second round.

During his turn, Lahiri also had three bogeys and two double for a second straight two-over 74 to come out with a total of four-over 148. He could not make the cut because it fell at three-over.

In regulation, Lahiri hit 10 of 18 greens but was unable to make the cut due to the poor finish at Bay Hill course.

When he began from 10th, he was doing fine after getting birdies in 11th, 13th and 16th that was followed by a bogey on 14th which left him with two-under.

With a double on par-3 in the 17th  which went into the water, his game was ruined things but regained momentum with a birdie on 18th  which saw in one-under.

He also bogeyed fourth and seventh, in the second round. He later birdied sixth and double-bogeyed eighth which went into the water off the second shot, which was spelt disaster after another loss of three shots in two holes.

Meanwhile, Tyrrell Hatton later won the tournament by a shot, at four under par, after battling a challenge with Marc Leishman. He had during the second round survived a tough test on the back nine for a 69, where he and Sung Kang (69-68) shared halfway lead at seven-under.

The English man’s short was good to help him get into the lead while Kang birdied four of his last seven holes for a 68 to share it with him.

Sungjae Im emerged as the second runners up despite being a constant threat to Hatton, with two under.

Bryson DeChambeau, who finished at minus one, came fourth. He was also part of the quartet that broke par.

The top ten was completed by Keith Mitchell, Joel Dahmen and Danny Lee. The trio earned Open Championship spots as a reward for their performance.