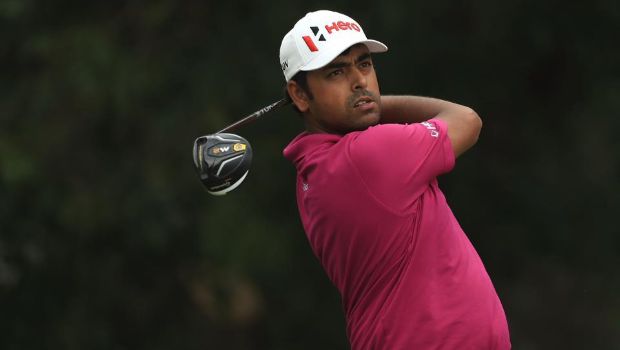 India golf player, Anirban Lahiri, was able to qualify for the final round the American Express Golf tournament with four birdies on the back nine to card a six-under 66.

Lahiri was able to make the cut after 70-70 in the first two rounds and 66, which carried his total to 206 for 10-under and Tied 43rd. After the cut had felled at nine-under, Lahiri rose from an overnight Tied 84th to Tied 43rd at the La Quinta course.

However, tournament host Phil Mickelson couldn’t qualify for the final round after finishing his three rounds at three-under.
Andrew Landry (65), who eventually won the tournament despite being sick, broke away from others at the Nicklaus Tournament Course while Scottie Scheffler (66) did the same at the tougher Stadium Course.

They were both 21-under 195 and four shots clear of third-place Rickie Fowler (70), who played the Stadium Course.
He had to withstand a final-round charge by Abraham Ancer later to win the tournament after his six-shot lead on the back nine disappeared.
Before the final round, Lahiri had two double bogeys in his 70 at Stadium Course in the second round. The top Indian player began the round with a flourish after parring the 10th and then birdied the 11th, 12th, and 13th.

He turned in two-under for the day and six-under for the tournament after dropped shot on 17th.
He birdied first and added further gains on fifth and sixth on the second nine. He secured his spot with a closing birdie on ninth and finished 10-under and one better than the cutline.

Action resumed at the Stadium Course for the final day after three rounds at Nicklaus Tournament Course, the Stadium Course, and La Quinta, respectively.
Fowler and 23-year-old Scheffler, a former University of Texas star, were tied for the second round lead, but the latter broke away.
Scheffler was in his first season on the PGA Tour after winning twice and topping the Korn Ferry Tour Finals and overall points lists.