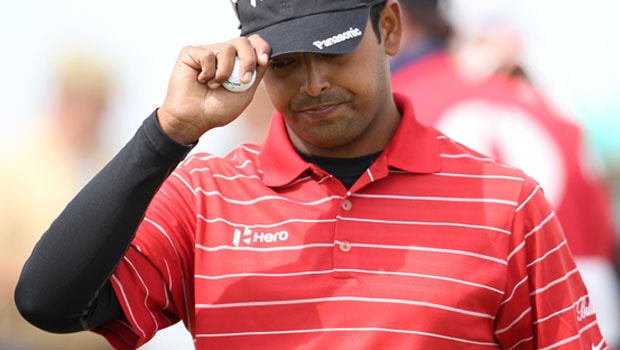 Indian golfer, Anirban Lahiri is a happy man after he got the news that he would be allowed to participate on the elite PGA Tour throughout the year and the 2020-21 season.

Lahiri has been stuck at his parents’ place in Hyderabad due to the COVID-19 pandemic enforced lockdown, and he is without his golf clubs. This is a relief for the Indian as the organisers take into consideration the prevailing condition of the COVID-19.

India on Tuesday recorded a spike in COVID-19 cases with over 4000 cases and 200 deaths.

Speaking on the development, Lahiri, who has been participating in the Tour since 2015 described it as a significant relief.

Lahiri had made the cut for the current season through the top-50 of Korn Ferry Tour held late last year.

The 33-year-old has not been at his best recently having struggled with his form in the 12 events he had competed in so far since the ongoing season began.

Lahiri made five cuts in the 12 events, withdrew once and missed the cut seven times with his best finish being T-44 recorded in Puerto Rico and T-45 at Sanderson Farms Championship.

He also finished 209th in the FedexCup standings after the completion of Arnold Palmer Invitational. So, the Indian, who initially needs a strong finish in the second half has been given the wildcard.

This, he said, makes him feel good regardless of the next couple of months. While stating that he will have status on PGA tour, Lahiri said that helps him plan accordingly.

Expressing his delight over the development, Lahiri lauded the policy, adding the organisers have done an outstanding job with the creation of such a system.

The system allows any player with exemption in the current year to carry it till next year.

Speaking further on the shuffling system, Lahiri said it is very good policy as there are not many tournaments on the Korn Ferry Tour to play a Korn Ferry Finals.

Lahiri further said that he is aiming to return to his best form during the coronavirus-forced lockdown period.