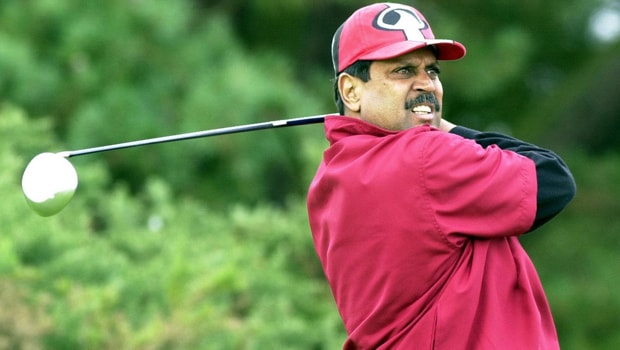 In a game meant to help raise Funds for Covid-19 Relief, top India golfers were able to get a first Feel of the newly designed Delhi Golf Club Course.

Dev alongside Kartik completed the four-ball with efforts of 76 each in the round in the charity event meant to help raise Rs 50 lacs to aid COVID-19 relief efforts by renowned charity organization Magic Bus.

Dilip Thomas, Chennai based industrialist and golf enthusiast, led the donor list, and he is the brain behind the effort.

As part of the COVID-19 protocol, the golfers played a private round of Golf at the iconic venue. They later joined Dev and Kartik with the match ending level at a score of -5.

With 70 scored by Gaganjeet Bhullar on the par 72 course, his partner Dev scored 76.  While Shubhankar Sharma scored 73, his partner Kartik also scored 76 in a closely fought match. The combined scores from both teams ended the game five-under-par for the round.

Speaking after the game on the state of the new course,  Sharma said it was a good thing to return to the course after a long break finally.

While describing the course as fantastic, he lauded DGC for the smooth infrastructure and congratulated the team that came up with it.

On his part, Gaganjeet said he is surprised to see Kartik playing the game with top skills. He also described the moment as refreshing, and he is glad to contribute to the fund.