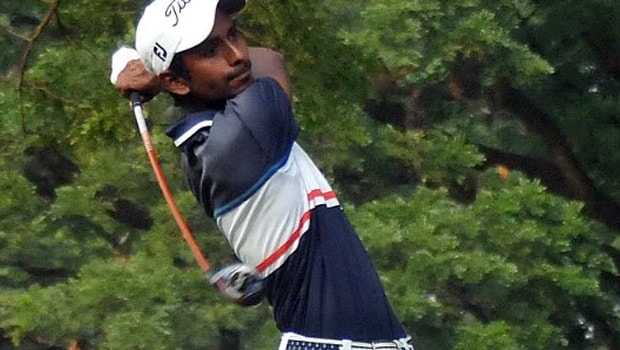 The Indian Golf Union (IGU) has recommended the trio of  Rashid Khan, Aditi Ashok and Diksha Dagar for this year’s Arjuna Awards for golf.

Rashid is currently India’s number one male golfer in the world, while Aditi is the only Indian female golfer presently playing on the Ladies PGA Tour in the US.

Aditi, who featured in the 2016 Olympics in Rio, has three wins on the Ladies European Tour on her record.

Diksha is a silver medal winner in the 2017 Deaflympics. She also emerged the winner of the Women’s South African Open and was on the verge of qualifying for the Tokyo Olympics before coronavirus pandemic forced its postponement.

The Indian Golf Union (IGU) recommended the trio after they also received recommendations from the Professional Golf Tour of India (PGTI) and the Women’s Golf Association of India (WGAI).

The trio was also on the verge of making it to the Olympics before the coronavirus pandemic as they were in a good run of form.

Recall that Rashid failed to win an individual bronze medal due to minus one shot and helped the nationals team to silver in Guangzhou Asian Games in 2010. Apart from being the number golfer in India ranked 185th in the world, he is also ranked tenth in the Asian region.

Rashid also has two titles on the Asian Tour won in 2014, and eight domestic Tour titles in his locker.

Having been India’s No. 1 on domestic PGTI Tour thrice, including the 2019 season, Rashid had finished in the top 10 on the Asian Tour, before the COVID-19 pandemic halted tournaments.

Aditi, on her part, is a three times winner of the Ladies European Tour. The Indian, who is also on the Ladies PGA, is the most competitive player and is the biggest golf tournament for women in the world.

Diksha is a 19-year-old emerging talent who had represented India at the 2018 Asian Games in Jakarta and turned professional in 2019.

Diksha is also a winner of the Ladies European Tour in her rookie year in 2019 with the Women’s South African Open. Apart from it being her first international title, she is also the youngest Indian to win the title.

The trio has now joined seventeen Indian golfers who received the Arjuna Award, with only three women. The last woman to win the award was Nonita Lall in 1987. Others with the honours were Anjali Desai (1972) and Sita Rawlley (1977).