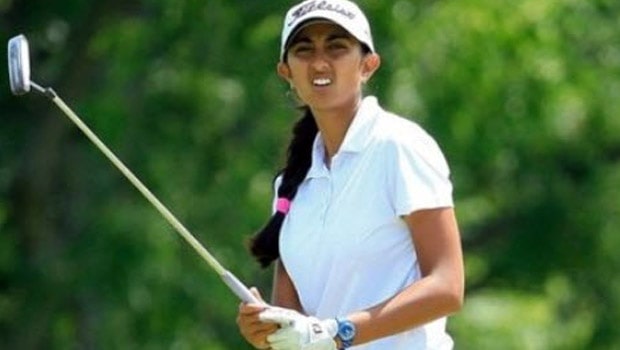 Indian golfer, Aditi Ashok has finished tied 49th at the Walmart NW Arkansas Championship. The Indian golfing sensation carded two-under 69 in the final round of the competition.

This was Aditi’s first LPGA event in the United States since the coronavirus outbreak. On a Sunday where she started from the 10th, she recorded three birdies against a sole bogey. In the earlier rounds, Aditi scored 69-68 for a three-day total of five-under 208.

Austin Ernst emerged winner of the tournament with 8-under 63. This is her for her second LPGA Tour win. She defeated Anna Nordqvist (69) with two clear strokes.

Aditi had in the last two weeks involved in golfing tournaments in Scotland after the restart. The other tournament she had been part of this year in the LPGA was in January at the Gainbridge LPGA at Boca Raton. She also missed the cut in the competition.

She continued to build on her game with her best of the year coming from Ladies European Tour and in Australia. She tied 4th at New South Wales Open and 24th at the Ladies Classic, Bonville respectively.

She entered the round four strokes behind the eventual runner up, Nordqvist while Ernst had the best score of the day. The champion made ten birdies and two bogeys at Pinnacle Country Club.

Nordqvist got so close with a 69. She opened with rounds of 64 and 62 while Ernst opened with consecutive 65s. This put the winner in a winning position for the first time in 144 starts since the 2014 Portland Classic. It could be recalled that the 28-year-old former LSU player won the 2011 NCAA individual title.