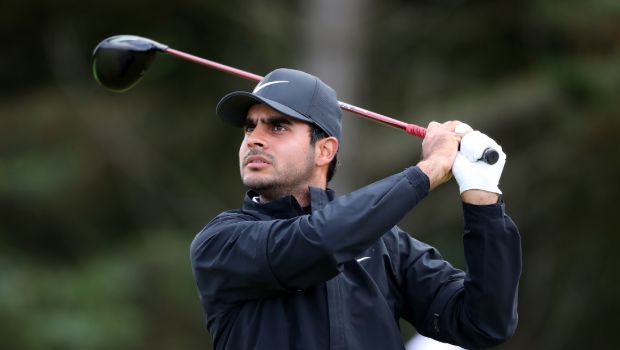 Indian golfer, Shubhankar Sharma, has been paired with cricketing legend Brian Lara for the Pro-Am of the Omega Dubai Desert Classic.
The 23-year-old is coming to Dubai for his third straight start at the storied event.

Sharma, who finished T-29 with all four rounds below par at the last edition of the tournament, said they both talked a lot about the games as he asked about cricket while Lara asks about golf. He further revealed that he plays very well and has a single-digit handicap.

Having gotten along pretty well with him in their last meeting, Sharma had promised to meet with the cricketing great with the aim of catching around whenever and wherever they could.

He also described him as a charming individual and a household name in India.

Fellow golfer, Gaganjeet Bhullar, who had a good weekend last year with a pair of 69s and ended T-38th will also be making his third start at the event. While admiring the skyscrapers which formed a stunning backdrop to this Emirates Golf Club, he said the city ios fascinating to him.

Speaking about scoring, Sharma and Bhullar said scoring would be tough this time around. Other stars have a similar opinion.

Sharma said players wouldn’t see many drivers as the premium will be hitting the ball straight and in the fairways. Although there could be some holes, the Indian also said there would be more 3-woods.

Concurring, Bhullar said any player who mistakenly misses the fairways could be heading home early, noting that the greens are a lot smaller and fairways are narrow with the rough up.

Sharma will begin the tournament with Ryan Fox and Steven Brown this morning. Other players competing are Eddie Pepperell, Sean Crocker, and Jeff Winther.
Bhullar will start at 12.10 pm against Crocker and Winther.

Recall that Jeev Milkha Singh is the Indian with the highest appearances at Dubai Desert Classic with 17 starts. He made the cut in nine of those, and his best was T-6 in 2001, followed by another good result in 2013, which he finished T-10.