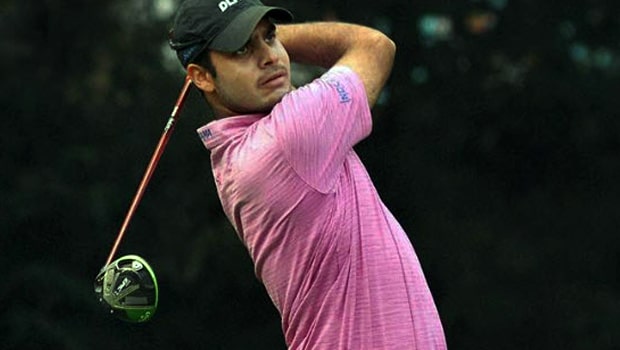 Indian top golfer, Shubhankar Sharma, has made a quiet start in the TATA Steel Professional Golf Tour of India (PGTI) Players Championship 2020 with his fellow countryman, Aman Raj taking an early advantage with a seven-under-65 even at the Golf Resort.

Aman, who is a regular participant in the Asian Tour, mixed eight birdies with a lone bogey to lead by two shots while  Shubhankar, who is a star attraction in the competition, had a sedate start with a one-over-73 to be placed tied 54th. In his round of 73, he made a birdie and two bogeys.

Obviously, Aman is continuing from where he stopped after last week’s PGTI event in Hyderabad, where he finished the joint runner-up. The 24-year-old golfer had a good day on Tuesday with the putter as he sank several birdie putts from a range of eight to 10 feet.

After achieving two-under through the front-nine where he made a 25-feet birdie conversion on the fifth, Aman continued with a sizzling back-nine and got five birdies. He had missed out on two eagle opportunities on the par-5s 10th and 15th.

Reacting to his feat, Aman said he was very happy with his round for the day, adding that it was a good putting day for him.

While noting that he felt he was carrying forward the momentum of last week, Aman, who is playing a professional event at Eagleton only for the second time, said he had some good breaks and dropped just one bogey.

Speaking further, he noted that he had a good putting stretch on the 15th, 16th, and 17th but was disappointed to miss a chance on the 18th. He is therefore looking forward to building on the start he described as ‘terrific’.

Meanwhile, Chikkarangappa and Veer Ahlawat are currently occupying the second position with rounds of five-under-67.  Chikkarangappa’s 67 was flawless, while Veer made an eagle, four birdies and a bogey during his 67.

The winner of the last two PGTI events, Udayan Mane, is tied fourth alongside seven other golfers at four-under-68 with Khalin Joshi, the local favourite behind with a stroke, leaving him in tied 12th.

Bengaluru-based golfer, Viraj Madappa, couldn’t maintain momentum after finishing as the joint runner-up in Hyderabad. He struck a 74 to be tied 64th. The PGTI Players Championship 2020  is the second event of the 2020 TATA Steel.