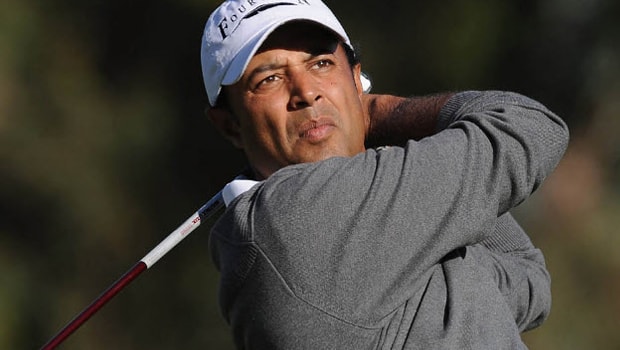 Indian golfer Arjun Atwal has made progress at the Rocket Mortgage Classic after coming up with a master class performance to record a six-under 66 in the third round of the competition.

Atwal, who ended the day at Tied 18th, had at a stage gone from the cut line to be a joint leader for a very brief period. At the end of the round, the veteran was Tied-4th but was later tied 18. This was because others teed off and took advantage of a low-scoring day of American Independence Day after 54 holes.

Now (68-69-66) 11-under, Atwal expressed disappointment at finishing with a three-putt, like from the start.

Having recorded three, three-putts in a week, that also see him having two in a single day, Atwal’s’ s three-putts came on first and 18th while the day’s best was from Matthew Wolff (64), who is in the lead at 19-under by three shots, followed by Ryan Armour (67) and Bryson DeChambeau (67).

Atwal ‘s bad day began after missing a five-footer for par. Although he later had six birdies and a brilliant eagle on seventh with a 312-yard drive afterward. The 47-year old later had a great second shot to inside 10 feet, which included birdie-eagle-birdie from the sixth to the eighth hole.

Speaking after the second day, Atwal pointed that he had discovered ‘something’ in his hitting, which worked for him as he missed just three fairways and found 16 of the 18 greens.

He later revealed that he sustained an injury a couple of weeks ago in the ribs while doing weights. This he said made him stop when he wasn’t feeling well after playing nine holes with friends. This prevented him from lifting a club over two weeks before coming for the tournament.

Atwal, who admitted holding up few holes, said he hit well but failed to put it too well.