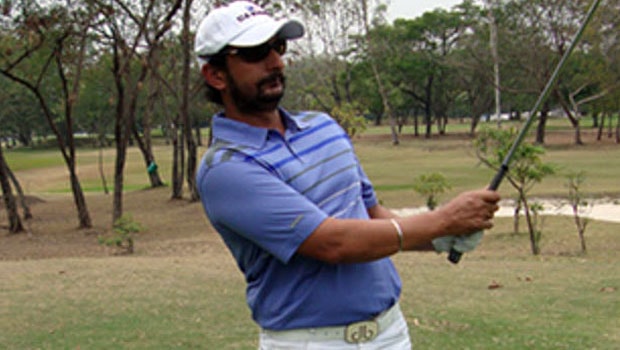 Many golfers are inside, adhering to the government’s directive to reduce the curve of the dreaded coronavirus, Pune’s golfer, Gurki Shergill has also been taking his golf indoors.

Shergill has been performing a dual role as a pro-teacher at the Poona Club golf course in the last couple of years and plays the game as well.

The current situation has made the Pune’s only PGTI winner replace his practice nets in his well-decorated living room and substituted his lessons into minute-long videos.

While adapting to the new normal, he has been demonstrating during swing with simple methods for whoever is watching for easy understanding so that the person can replicate it at home.

The 41-year-old PGTI winner explained that all a trainee needed is a training club, which is six-by-four feet of space. He added that a Yoga mat could be used or the floor rug, and they will place two pens as a gate.

According to reports, he has been sharing videos through WhatsApp to his five to six students, adding that the intention is to continue and see how is transferring knowledge to the young lads.

The 2009 Tata Open also revealed that he recently made his training commercial in a bid to make it feasible rather than using it for making profits.

Shergill further stated he is using the means to help people keep in touch with the game as there are no expenses incurred. This will create goodwill for the player-cum teacher.

He also revealed that the nominal weekly fee of Rs.1,500 helps him take care of his needs and those around him. He added that doing this through Whatsapp instead of Youtube, which he said is already saturated, brings about the “personal touch.”

Shergill, in his videos, has ensured that the content in versatile, which beginners and pros could find useful. He added that not repeating training makes them lively and not boring, as quality is important.