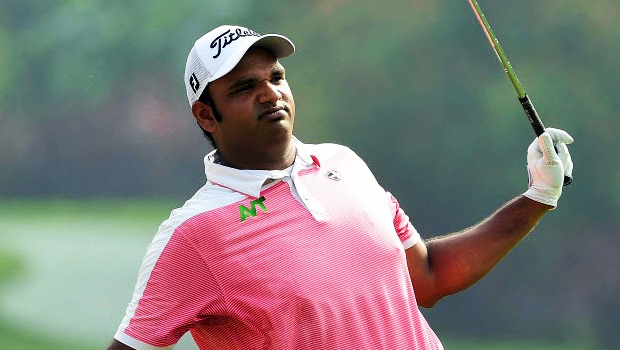 Udayan Mane’s flawless performance of seven-under 65 in the final day bags TATA Steel Tour Championship has helped him to clinch a thrilling one-shot win at the season-ending tournament.

Mane, who had 67-66-64-65 won the title in the final round, which saw him put up seven-under to establish a new PGTI record for the lowest tournament total. The Pune based player closed the week with a jaw-dropping 26-under-262 at the Golmuri Golf Course to win his eight professional titles and his second win on the PGTI this season, which added prize money worth Rs. 22,50,000 to his pocket.

Mane’s effort has catapulted him from ninth to third place in the Final PGTI Order of Merit for 2019.

Meanwhile, India star, SSP Chawrasia (63-67-65-68), couldn’t keep his lead after being ahead by two shots till the 14th hole. The Kolkata based player carded a 68 on day four, which was not enough to dislodge Mane from the top spot. He, therefore, emerged second with another outstanding total score of 25-under-263.

Third round leader, Aman Raj (71) also couldn’t keep up the form and ended the week in tied third place at 23-under-265 alongside Chiragh Kumar (67).

Mane made an early gain on Sunday, which he started as fourth. He had to sink birdie-eagle on the third and fourth, which raised his title hopes.

He later drove the green on the par-4 fourth before knocking in a 24-feet putt. He went further with birdies on the seventh and 11th. It was as a result of his accurate iron-play.

The 5-foot bully golfer, however, had a quiet period over the next five holes. He stepped up his game by making the all-important birdie conversion from 10 feet on the 17th that helped him draw level for the lead with Chawrasia before he finally surged ahead with a chip-putt birdie on the 18th for an error-free 65 to set the mark at 26-under.

Chawrasia, who is a four-time European Tour winner, needed a 12-feet birdie conversion on the last hole to take the match into a playoff but was unlucky as he missed.

The situation paved the way for Mane to clinch the trophy with a record total that eclipsed the previous best PGTI tournament total of 24-under courtesy of effort from Anirban Lahiri (Aamby Valley, 2010), Shubhankar Sharma (Eagleton, 2016) and Rashid Khan (Chittagong).

Reacting to his win, Mane, who was ecstatic, said he was pleased with the entire season where he had registered two wins.

While noting that he started the year well but later had a rocky performance from March to September, he described the period as a learning phase that helped him learn a lot about himself and his golf swing. According to him, this, in turn, led to better performances late in the year at Kensville (PGTI) and Mauritius (Asian Tour).