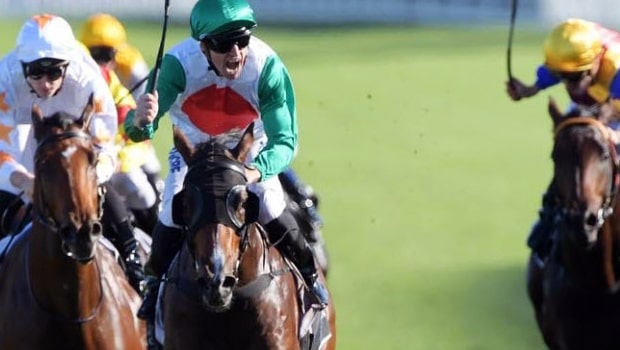 Arrowfield outpaced favourite New England on Wednesday in The Governor’s Cup in Kolkata- a race meant for horses rated 95 and above by two furlongs.

Imran Christy steadied the horse which started 8th to overtake others in a finishing time of 1:37.393. The horse trained by Javed Khan has therefore won the top prize of Rs.169,500.

New England, on the other hand, failed to live up to expectation despite starting in the second position. P S Chousan steadied the favourite to the second spot finishing in 1:37.689 while P Vikram took Shivalik Showers to the third spot finishing 1:37:922.

Rustler, which was jockeyed by Rupal Singh came behind in a closed him in a finish time of 2:34.470 while P Vikram took Ajeeta to the third spot in a finishing time of 2:34.603.

Others are Houtzen, Prince of Heart and Classico who finished the race 4th, 5th and sixth respectively.

In the Campion Handicap – a race meant for horses rated 1 to 26, Babini Festa scooped up the first Rs.125,900 after Sujit Kr Paswan steadied to the finish line in 2:08.102 ahead of others.

Top Cat came fourth while The Last Judgment that started on the front foot finished 5th in 2:09.600.