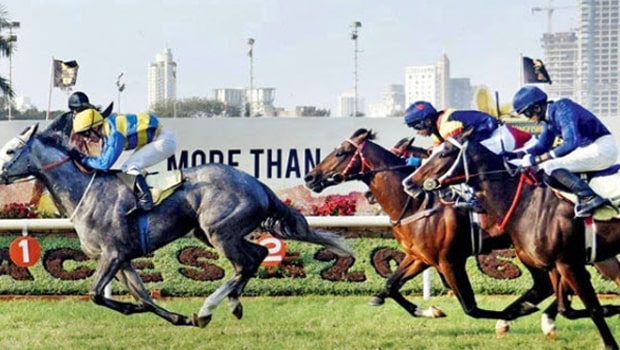 Trained by Faisal A Abbas, due to a couple of below-par performances, Clymene (Western Aristocrat – Magdelena, Nanoli Stud) had fallen l into the ‘fluke’ category before the race.

The thrill and excitement that is usually witnessed at the races in the iconic Mahalaxmi track were evident, with six out of the seven races ending with close finishes. They were indeed close contests. Each winner crossed the finishing line with a margin of a length or even a lot lesser except for Sharahreh, which recorded a comfortable win.

Piloted by ace jockey P Trevor, Clymene being no mean contender herself returned to her best with a great start. The horse thrived under Trevor’s guidance and completed a good race.

On the other hand, Awesome One produced a lacklustre performance after failing to replicate his known acceleration and got in trouble when they turned for home.

Gazino, which finished as runner up, picked up from the mid-bunch to keep Clymene within reach after gaining a lot of ground to put up a strong gallop in the final furlong.
Determined to win, Clymene, saddled by Faisal Abbas, held Gazino by a length at the post and Awesome One was lucky to keep the third spot after nosing the wire from Intense Stylist.

In the other race, prime favourite made a strong finish and scooped up the Sardar Harcharan Singh Brar Memorial Trophy.

Despite a challenge for Leach Roche, Mzilikazi was triumphant in a race where Tanjo and Dandi March emerged second and third, respectively.

In the next race, Rhapsody carved out her third career win from five starts with Daddy’s Pride occupying the second spot and disappointed Hokaido came third.
Royalty, in the next game, achieved her maiden win on her second start in a breathtakingly close finish.

But Royalty took off in the mid-bunch to gain on the horses in front to meet up with Ladu Lanette, which she drew level within the final furlong. The final furlong went to the wire as they flashed past the winning post locked together, and Royalty won by a nose.