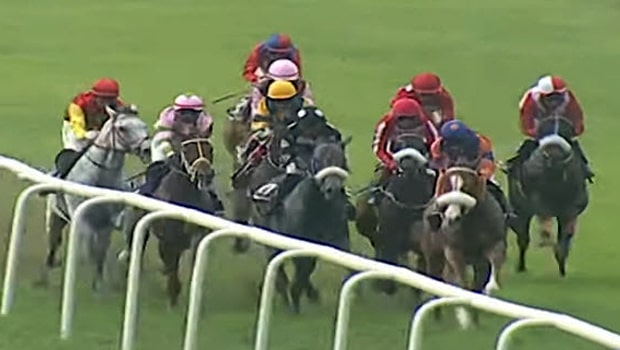 Lucky Isabella was impressive on Thursday when the horses were exercised.

In the 600 meter race,  Adela came out on top in the hand of jockey Rajesh B while Lucky Isabella was impressive in the hand of Nazrul.  Whizz Kid (rb) and Dynamical (Chetan G) finished level.

In the 1400 meter race, Sky Moon (Jagadeesh) was also impressive while Sizzler (Ashok) and  Formidable Star (Chetan G) took a level jump and finished together. Others in practice were Anne’s Song (Irvan), who was slowly out, Johnny Bravo (Nazrul), Sir Jersey (Antony), and Ironic Humour (B. Harish).

Awesome One also shone when the horses were exercised in the morning.

During the 800 meter race, Corporate Jungle/Supernova (Kaviraj) didn’t experience any difficulty while Smokin’ Hot (Zervan) and King Cyrus (Kharadi) had an easy pairing.

During another practice, Thea’s Castle (Kaviraj) finished six lengths ahead of others while Arabian Storm (Aniket) and Former Dowsabel (Merchant) also had easy movement while  Sasakwa (Kharadi) was two lengths better than Parisian (Neeraj).

In another practice, Kilkarry Bridge (V.Jodha) and Zaeim (C.S.Jodha) moved neck and neck freely while Arcadia (Neeraj) started four lengths behind and finished three lengths ahead of Alluring Silver (Kharadi).