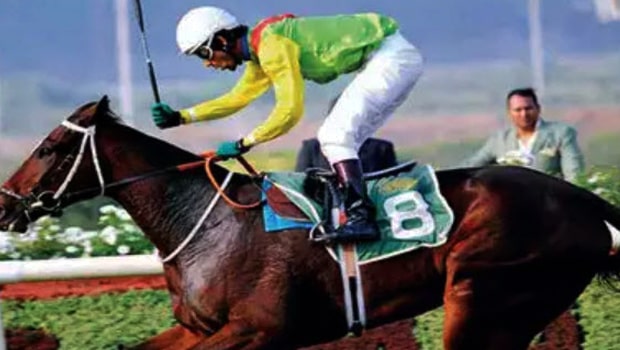 Pesi Shroff trained Roberta has finally asserted her supremacy after several failed attempts as a strongly fancied runner to finish strongly in the 2000 metres Homi Mody Trophy, a race for horses rated 80 and above.

Before her success at the feature event of Mumbai races, Roberta last recorded the victory in the race was in the Indian Oaks last year.

In the search for a win since then, Roberta had started well in some of the better races where she had maintained the lead, which was uncontestable.

All thanks to Jockey Leigh Roche, who pushed Roberta to take over the running within the first furlong from Frivolous. The top racer thereafter was not under much pressure to retain the lead till she crossed the finish line first.

Although, Truly Epic who had backing from many bookmakers gave Roberta a run for her money but found out that she had enough stamina reserves to maintain her lead. Roberta eventually won and won by a shade over a length while Gloriosus came third more than four lengths adrift of the stablemate Truly Epic.

Meanwhile, in the 1400 metres Homai and Nusly Pudumjee Million, a terms race for four-year-olds and over, Flying Visit had an emphatic win by overcoming Costa Brava, who had shown a declining curve in her performance graph.

As Flying Visit continues to show upgrade, she was determined to win the race ahead of Awesome One and the rest.

Flying Visit was quoted at longer odds by bookmakers despite an impressive win to back his credentials. Back to action after a longish break of 287 days, the speedy Bateleur was taken on start to finish by jockey Neeraj Rawal with Sandesh easing Flying Visit in the second position.

With Costa Brava failing to show the customary speed, she made little progress in the stretch and was a beaten cause well before the race hots up.

Flying Visit later overhauled the Bateleur inside the final furlong and stormed ahead to win by a margin of two and ¾ of lengths. Awesome One also occupied the third spot ahead of Pure Zinc.