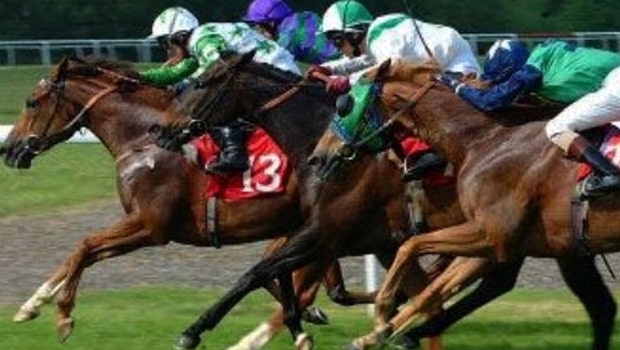 Ambrosia trained by Sulaiman Attollahi on Thursday had an easy win in the 2400 metres Stayers Trial Stakes as expected challenge from Secretive Force couldn’t materialise.

In the race meant for four-year-olds in Bangalore, Ambrosia, who took the lead from the start, maintained the momentum till the end to win by a widening margin of three lengths against stablemate Angelino.

With the bookmakers expecting a close encounter between Ambrosia and Secretive Force, Jockey Trevor Patel steadied the horse from start to finish with Angelino coming behind and followed by Treasure Striker and Secret Force.

The victory was sure for Amborsia by the time the race got to the final turn. Secretive Force couldn’t live up to expectations as he was in distress, forcing him to drop back at an alarming rate.

With a straight clear lead ahead of others, Trevor Patel took things easy with the favourite with Angelino behind him in a distant second position.

Treasure Striker took the third position while Secretive Force was last in the race.
In another race, Velocidad trained by Pradeep Annaiah won in a thrilling fashion, beating last start winner Roma Victor in the 2000 metres Bull Temple Plate.

In the race for horses rated 60 and above, Velocidad gave Nanhipari, who led the field into the final 300 metres a strong challenge and got the upper hand in the next 100 metres to win the race.

Roma Victor, who got into contention for the first place while on the wide outside, provided a powerful burst of speed with challenging Velocidad. Both went past the post locked together, but Velocidad jockeyed by Y S Srinath prevailed by the proverbial whisker while the India Pharaoh weakened to finish third a length behind.

In the Division One of the Shivanasamudra Trophy, Narayana Gowda emerged winner of the 1200 metres race for horses rated 45 to 65.

AS the horse trained by Depth Charge won the race, Akita Pro and Royal Resolution, who were the bookmakers'[ favourites disappointed.

Depth Charge took over from pace-setter Side Winder and got into the lead at the top of the straight. After gaining the lead, he stormed clear to win the race with a great deal of ease with the composure of apprentice jockey Raghu.