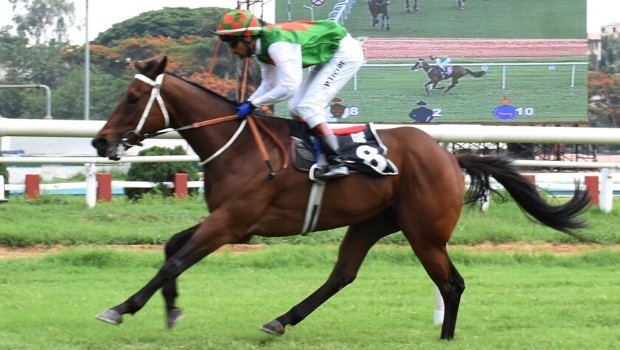 As the game went on, Alexei was favoured to win due to his brilliant effort, and a dead-heat would have been a just result, but it’s a game of winner-takes-it-all, which gave Trouvaille a spectacular win.

Pundit even described the duo as winner and near-winner. Alexei was at the wrong end of the field all through the major part of the race but was undeterred to finish strong.

Royal Crystal, Kildare, Sultan Suleiman, and Victorious Sermon also gave their all during their encounter. Wizard of Stocks was galloping to hold on to the lead, while Knight Templar was struggling to get going.

Alexei also slipped in through the rails and found her way through the bunch accounting for the fancied lot and progressing with every stride.

Jockey Nicky Mackay, who utilised the safer route from the outside, began to goad Trouvaille to fire up for the finish, and the horse responded well by outpacing the fighting bunch with ease, while Alexei was still well in the lead.

As Trouvaille and Nicky Mackey started close on Alexei at a good rate, Alexei was unrelenting as he was firing on all cylinders which kept his hopes alive until the very last stride.

Trouvaille, who is trained by Sunderji, still had enough in his tank as he fired past, which made him hit the wire first amidst loud cheers from the large crowd, which was enough to bring the roof down.

Excited over the race, commentator Deepak Rajpal screamed “Trouvaille” at high decibels, and he quickly chipped : “and Alexei in a nail-biting finish.” It is why the race was described as the best finish.

The spectators were shouting with delight, reminding them of the enjoyable kinds of horseracing.

So, Trouvaille became the hero, and Alexei turned out to be the gallant runner-up. While Knight Templar also braced up to occupy the third spot as did Wizard of Stocks, who ended a good fourth.