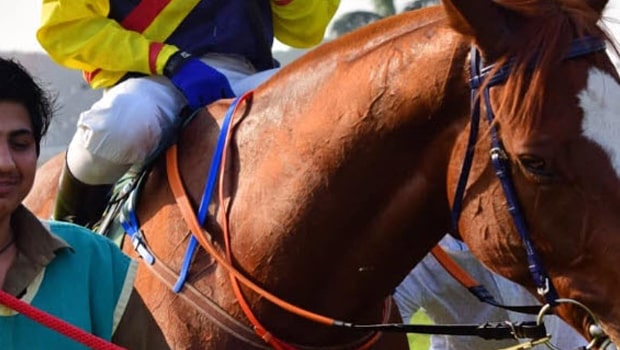 Vishal Gaikwad trained Van Dyke lived up to expectation on Thursday by reversing the verdict on Western Front with ease in the1600 meters Red buttons Plate.

In the race meant for horses rated 40 to 66, which is the highest-rated event of the Mumbai races, the well-backed Rhapsody failed to make the distance on time to finish third.

Jockeyed by Trevor Patel, Van Dyke, who was behind pacesetter Khartoum, later accelerated the first storming clear with no problem against the challenge of Western Front once again What made the victory to be sweeter was that it was achieved with more authority.

Coming in for sustained support in the betting ring, Rhapsody was behind in distance while  Srinath, who let the horses in front go clear, switched the fancied runner to the wide outside after struggling to get a clear run along the inside. This gave him a huge challenge as he had had some leeway to cover.

Meanwhile, in the race meant for the horses in the lowest category, Pesi Shroff recorded his debut win in the 1400 meters Priceless Place.

While the horse trained N S Parisian made his debut with a win, Vishal Gaikwad was supported because there was no seriousness in the manner in the manner Trevor Patel rode it.

Coming behind from a close fourth or fifth position at the final turn, Parisian won the race after having to close the gap with a furlong left in the race while Sweeping Move came second, finishing five lengths adrift while Éclair held off One For the Glory to emerge third.

Jockeyed by David Egan in the race for horses rated 20 to 46, Mount Mariah lived up to expectation and surprised the pundits as the race draws to an end, leading to rush of money on the Dallas Todywalla trainee after his odds had crashed in the ring.

He had to overcome the challenges of Our Savage and Ron, who were leading the field while Speed Air was a few lengths behind as well. To win the race, David Egan accelerated on the fancied runner in the stretch closing the gap on Our Savage in the final furlong and bounced clear.