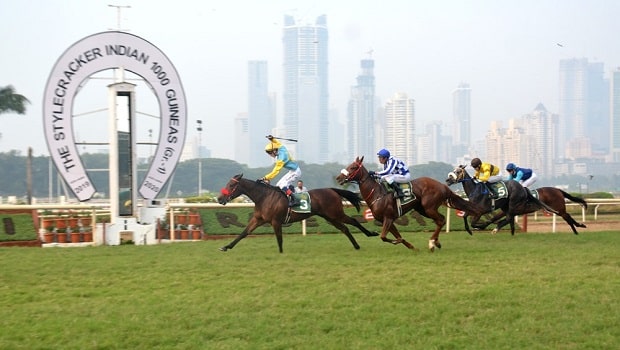 Vijays Singham ridden by Leitir Mor-Zarandja has won his first race over 1100m by a phenomenal ten lengths.The race won by the horse trained by Laxman Singh has sent a direct message to his competitors.

Singham also won two more races over the 6f trip, but couldn’t live up to the first impact he created when he tried over the mile.
There couldn’t have been a more opportunity to prove his mettle than the Golconda 2000 Guineas, Gr.2 to prove his point again.

In the race, Consigliori was tipped to cross the finishing line first having come into the race straight of a win in the Deccan Derby.

On the other hand, my Journey recently had the last laugh over Gift Of Grace in Chennai and demanded his fair share of the betting. This made Vijays Singham be available in double digits.

With horses unable to read the odds, the bay colt gave his all to give his sire Leitir Mor his first Classic win.

With every intention of running the rest of their feet, Consigliori had taken an early lead, closely followed by My Journey. Victory Parade and Premier Action, while the Mumbai challenger Majestic Warrior was next ahead of the backmarker Vijays Singham.

The running order was maintained till Majestic Warrior started inching his way forward with though running three deep.

When they took the turn for home, Consigliori utilized his plan and started pulling away while Majestic Warrior kept the pressure on the leader, as he tried to keep with the heightened pace.

Vijays Singham had his moment when horses started to leave the rails as they turned into the straight and he grabbed the rails but still had to contend with the front runners and My Journey that was ahead of him.

After realizing that the rails weren’t going to work anymore, jockey Y S Srinath switched him on the outside of Majestic Warrior. With this, he gained some strides on the leader, showing a tremendous turn of foot to win by a neck from Consigliori.

With Vijays Singham carrying the day, all eyes were on him over the impressive victory. The Mumbai challenger was relegated to fourth by Victory Parade.