Home » Other Sports » I had a sore body after the finals, reveals Gold Medalist Neeraj Chopra

I had a sore body after the finals, reveals Gold Medalist Neeraj Chopra 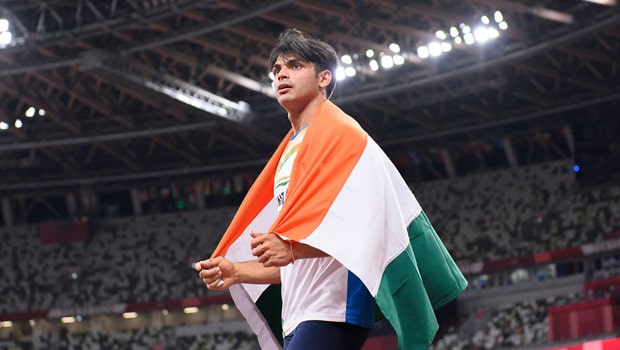 Haryna sensation and Olympics gold-medallist Neeraj Chopra on Monday revealed that he was in pain after his breath-taking performance in the Tokyo Games but it was all worth it given the historic result he had achieved.

A felicitation ceremony was organised by the government to honour the country’s seven medal-winning performances at the Games after their arrival this evening. The Javelin thrower from state of Haryana also revealed he has not been able to sleep or eat properly since winning the medal, but he keeps looking at the medal and that makes him forget all his pain. He said he knew he had done something special with the second attempt of 87.58m in the finals that fetched him the gold.

In the presence of Sports minister Anurag Thakur and Minister of Law and Justice, Kiren Rijiju, Neeraj Chopra said he knew he had achieved something extraordinary, “I knew I had done something special, actually I thought I had achieved my personal best. The throw had gone really well”, says gold medal winner Chopra.

The 23-year-old Army Man dedicated his success to the whole country. “This medal is for the entire country. I just want to say, no matter who the opposition is, give your best. That is all you need to do and this is what this gold medal stands for. Never fear the opposition”, further quotes Neeraj Chopra.

The success of Neeraj Chopra at the Tokyo 2020 will certainly fuel the youth of India in the coming years as India has managed to give its best performance in the modern Olympics with a total of seven medals which include one Gold, two Silver and four Bronze medals.

While Chopra’s Gold was the perfect icing on the cake, the silver medals came from weightlifter Mirabai Chanu and wrestler Ravi Kumar Dahiya. Mirabai Chanu opened the account of Indian medal tally at the Tokyo Olympics.

The Bronze medals were won by Boxer Lovlina Borgohain, shuttler P V Sindhu. Furthermore, the men’s Hockey team won the first ever medal after a gap of 41 years and also wrestler Bajrang Punia won another Bronze.