Home » Other Sports » I will realise that I have done something only after I reach India, says Golden boy Neeraj Chopra

I will realise that I have done something only after I reach India, says Golden boy Neeraj Chopra 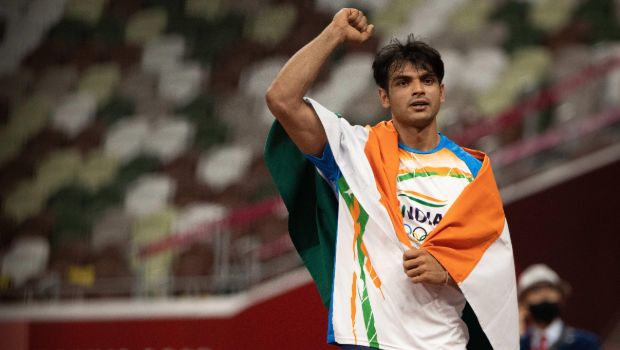 Indian javelin thrower Neeraj Chopra scripted history with his 87.58m throw as he clinched India’s first Olympic medal in Athletics, that too a Gold Medal. He was considered as one of the medal hopefuls but very few people thought that he had a shot at the elusive Gold medal.

The 23-year-old javelin thrower became only the second Indian individual Gold medallist after Abhinav Bindra achieved that feat in rifle shooting way back in Beijing in 2008.

After achieving the unthinkable, he spoke to Times Now and shared how the whole thing has not sunk in for him.

“I cannot express the feeling in words. But I am very happy and I would like to thank all the people of our country as it is because of their prayers and wishes that I have won this gold. The feeling is yet to sink in but I am sure when I come back to India, I will realise I have done something for the country,” Chopra told Times Now.

The youngster was seen in the new look with his shorter than usual hair and stylish bandana but his focus was all the same. He made his intentions clear right at the start by topping the qualifications round with an 86.59m throw on his first attempt.

He qualified and did not even care to complete the other two attempts. On the evening of the finals, Neeraj started off with great flamboyance as he threw the spear 87.03m, starting strong.

He then went on to better it by throwing it at 87.58m which earned him the elusive Gold medal. Neeraj revealed how he was not relaxed after his first throw as he feared that someone else may beat it. So he wanted to come up with a better second attempt and that’s what he did.

“My whole focus was on the next throw. Because if I was satisfied with the second throw and somebody else performed better, then it gets very difficult to beat that. I was focused. I was trying hard so I also faltered with a couple of throws technically. But my first two throws were perfect,” he added.

Like several other Indian athletes, the boy from Panipat also comes from a very humble background. On this special occasion, Neeraj thanked his family for their support and motivation which has allowed him to reach this stage.

“It is because of my family’s support that I am here. Financial support is not the only thing. They could not help me financially but they always backed me, asking me to give my best with them standing behind me,” the 23-year-old concluded.