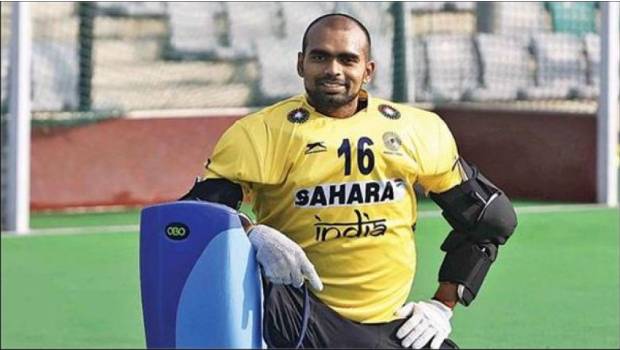 “It is a good thing for the future,” veteran Indian goalkeeper PR Sreejesh feels the goalkeeper rotation in the World Cup is working well for India

It has been a decent start for the Indian Men’s Hockey team as they started off the Hockey World Cup with a win against Spain and then played a 0-0 draw against England. In both the matches, coach Graham Reid has used both his goalkeepers on a rotational basis. Hence both PR Sreejesh and Krishan Bahadur Pathak are getting the great experience of playing at the highest stage of the sport.

The Indian veteran custodian PR Sreejesh even shared that is is a great strategy from the management to rotate the goalkeepers and use both of them. The gametime that the two are getting will be helpful if the need occurs for Reid to stick to one or if one of them gets injured midway through the tournament. For now Sreejesh has managed the first and third quarters whereas Pathak has manned the goal in the second and the fourth quarters.

“We wanted to prepare together for the next stages of the World Cup. If anytime, anything happens to one of the two goalkeepers, the other will have to be on his toes. So, that is a good strategy,” Sreejesh said. “We are exchanging in quarters. He is getting exposure while I have got enough experience. It is a good thing for the future,” Sreejesh explained.

It is great that the experienced player understands the situation and is open to the things that Reid wants to try as India aim to finish at the top of the Pool D with a big win over Wales in Bhubaneswar.

“Somewhere, we need to look into that, where we can, what changes we can make in penalty corners or other goal-scoring opportunities. We must learn from the England match and prepare for the next game,” Sreejesh admitted.

He lastly speaks about the upcoming game and how Wales are a tricky side and they have tobe aware of them. Although Wales have lost both their matches by big margins, it is important that India dont take them too lightly and get complacent. “Wales are a very good side, they gave a good fight against Spain. We will analyze their game and plan accordingly,” he highlighted.

England will play Spain on the same day at the Kalinga stadium and depending on that result India will have a target set for them as they take on Wales in the last game of the day on January 19 at the Kalinga Stadium. For now England are at the top of the group due to superior goal difference.