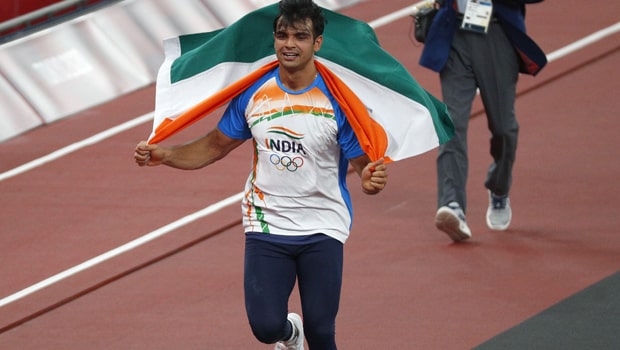 India’s Javelin thrower Neeraj Chopra wrote his name in the history books as he clinched country’s maiden Olympic Gold medal in field and athletics. Chopra also became the second individual Indian athlete to ever win an Olympic Gold medal as he joined Abhinav Bindra in the elite list.

Chopra came up with a throw of 87.03 metres in his first attempt. Subsequently, he bettered it with a throw of 87.78 in his second attempt. In fact, Chopra’s reaction after his second throw said it all. The 23-year old from Khandra, Haryana knew he had nailed it as soon as the spear left his hand. In fact, Chopra didn’t even bother to see where and how far his spear had landed in the field.

“It feels unbelievable. It is the first time India has won a gold in athletics, so I feel very good. We have just one gold here in other sports,” the 23-year-old said after winning the historic gold.

Chopra added that it is a proud moment for him as well as the country. The youngster showed great confidence in the final and the same was palpable in his performance.

“This is our first Olympic medal for a very long time, and in athletics it is the first time we have won gold, so it’s a proud moment for me and my country,” Neeraj said.

Chopra threw 76.79 metres in his third throw but made a fouled throw in the next two attempts. The youngster was able to finish on a high as he threw to a distance of 84.24 metres.

Chopra had thrown a 86.65 metres throw in the qualification round and had finished at the top of his group.

He added, “In the qualification round I threw very well so I knew I could do better in the final. But I didn’t know it would be gold but I am very happy.”